The UFC has officially confirmed Khamzat Chimaev’s next fight, with the Chechen-born Swedish welterweight contender set to face in-form British contender Leon Edwards at the UFC Apex on Dec. 19.

After a host of stories reacting to UFC president Dana White’s comments that the fight was set to take place, the UFC has finally rubber-stamped the matchup and confirmed the clash via its social media channels, giving fans a fascinating clash to round out a crazy year for the sport in 2020.

Chimaev has steamrolled his way through the opposition so far in his young UFC career, with the 26-year-old picking up three quickfire wins as he swiftly established himself as the UFC’s breakout star of 2020.

“Borz” then delivered his most decisive UFC performance so far when he starched middleweight Gerald Meerschaert in just 17 seconds at UFC Fight Night in Las Vegas in September.

His form has led to him being ranked No. 15 in the UFC’s official welterweight rankings – a controversial move, given the fact that he’s only fought once in the UFC, against a debutant. But any doubts about his fighting credentials would be wiped out if he is successful in his upcoming bout.

Edwards is arguably the best welterweight not to have been granted a shot at the 170-pound title, and has suffered from being stuck in England during the pandemic as fights have fallen through, and opponents have been seemingly unwilling to face him.

Despite his undoubted credentials – he’s riding an eight-fight winning streak – the relatively quietly-spoken Edwards hasn’t developed the sort of star power to make demands of the UFC in terms of matchups or title shots.

But that victory came back in July 2019, with the Brit left on the shelf since as he struggled to book a fight worthy of his form and stature in the division.

A potential title eliminator with former champion Tyron Woodley was nixed by the arrival in Europe of the COVID-19 pandemic, and only Chimaev’s arrival on the scene has given “Rocky” an opponent who is willing to take him on.

Victory for the Brit would surely book him a title shot in 2021, while victory for Chimaev could see him catapulted into title contention in the new year.

It’s a huge fight for the welterweight division, and a bout that will capture the imagination of hardcore fight fans.

Will the established fighter, who has done the hard yards to earn a title shot, finally get the opportunity he deserves, or will the UFC’s newest rising star continue his meteoric rise by claiming the biggest scalp of his career and putting the elite of the division on notice?

In less than a month’s time, we’ll have the answers. 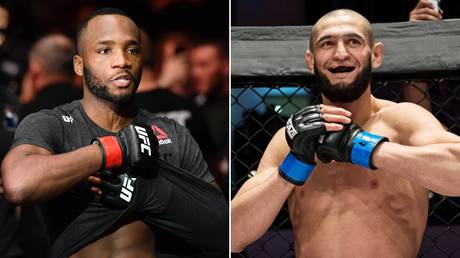 Elon Musk reveals residents in his...