Close
Trending News
HomeSport‘It’s NOT true’: Tennis star Nadal apologizes to fans after hackers pose as him in bid to con public by offering guest appearances

‘It’s NOT true’: Tennis star Nadal apologizes to fans after hackers pose as him in bid to con public by offering guest appearances

‘It’s NOT true’: Tennis star Nadal apologizes to fans after hackers pose as him in bid to con public by offering guest appearances

World number two tennis star Rafael Nadal has warned the public not to be swindled by con artists posing as him in an attempt to defraud people online, revealing that criminals have offered to make social media appearances as him.

The sought-after Spaniard is one of the most high-profile figures in sport, frequently lending his name to charitable initiatives as part of the Rafa Nadal Foundation and agreeing lucrative deals to endorse brands such as Armani, Nike, Kia Motors and watchmaker Richard Mille.

Now attempts by tricksters to persuade people to part with cash have forced Nadal to issue a message to his following of more than 14 million on Facebook, telling them not to pay anyone who offers them the chance to connect with him.

“Apparently there are some hackers asking for money on my behalf to participate on stories, [live chats] or different online and social media interactions,” wrote worried Nadal, adding the word “important” in capital letters.

Apparently there are some hackers asking for money on my behalf to participate on stories, lives or different on-line…

“This is not true and no-one should pay any money to talk or interact with me. Please pay attention to that. Thanks and apologies if anyone is causing you trouble.”

Some fans said they had been contacted several times on Facebook and Instagram, where Nadal has more than 10 million followers, by accounts using his picture while offering services.

“Someone claiming to be you tried that with me via messenger a couple of years ago but didn’t get anywhere,” replied one.

“They were asking for donations for a children’s foundation in Africa.”

Nadal and his vast fanbase are the latest targets for scams which have continued to threaten sports stars and clubs in recent years, including a recent breach by hackers on Manchester United which caused the Premier League giants to issue a statement confirming that they were recovering from a successful attack.

Perpetrators often use the same platforms and profile pictures as individuals in order to create a false sense of familiarity before pleading for money. In September, Zenit St. Petersburg boss Sergei Semak’s wife revealed that he had transfered thousands of dollars to someone who had contacted him on WhatsApp.

Semak was duped by hustlers who posed as a former teammate of the ex-Russia midfielder before telling him that their dying father urgently needed money.

Tennis number one Novak Djokovic’s legal team were also forced to take action after a bitcoin scam in Serbia earlier this year, using a fake interview with the national hero to encourage people to “acquire a small fortune in a short period of time”. 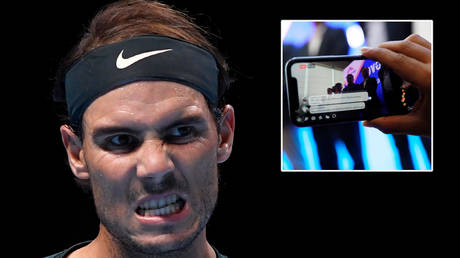