Famed Russian coach Elena Buyanova has dismissed rumors about Evgenia Medvedeva’s departure from Brian Orser, saying that their cooperation will resume upon her arrival in Canada.

The two-time world champion, who returned to Russia from Japan this week, will train at CSKA sports center in Moscow until restrictions on international flights are lifted.

READ MORE: Figure skating star Medvedeva goes into quarantine as she returns to Russia after spending months in Japan

On Friday, it was revealed that the skater will be coached by Buyanova, who guided Adelina Sotnikova to Olympic prominence at the 2014 Sochi Games.

The news immediately sparked rumors that Medvedeva might return to her home country, parting ways with Canadian specialist Orser, who has coached her for the past two seasons.

Buyanova, who was the first Soviet female skater to win a medal at the European and World Championships, confirmed that she will work with Medvedeva, outlining, however that their cooperation will be short-term and that Orser will continue coaching her in Canada.

“When the borders are closed, Evgenia will train at the CSKA center under my guidance. Orser remains her main coach. There is no change of coaches. It has never been discussed,” Buyanova said.

Medvedeva should have taken part in the Japanese ice show ‘Prism on Ice,’ in which she was set to play the lead role of Sailor Moon. As with the majority of big sports events, the show was canceled due to the Covid-19 pandemic, which also kept Medvedeva in Japan for more than two months.

The skater aims to fight for one of three spots on the national team next season, representing Russia at major international competitions.

Last year, she failed to do so, having withdrawn from the national championship due to problems with her skates. 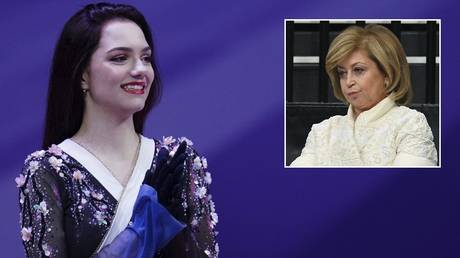 ‘I remember him first as a father...