Serbian tennis star and the world’s number one player Novak Djokovic has responded to accusations over the Adria Tour coronavirus outbreak, saying he has been subjected to a “witch hunt.”

The 17-time Grand Slam winner stressed that much of the backlash he faced was “malicious,” with some critics intentionally hounding him.

READ MORE: ‘NONE of you have the intellectual level’: Kyrgios slams Djokovic & Zverev for ‘partying like POTATOES’, blasts Thiem in Covid row

“I can only see criticism lately and much of it is malicious,” Djokovic said.

“It’s obviously more than just criticism, it’s like an agenda and a witch hunt are on. Someone has to take the fall, a big name,” the player added.

The tennis icon has been lambasted in recent weeks for holding the exhibition tournament without taking serious precautionary measures, leading to a spate of coronavirus cases as a result.

The player issued a public apology, but it didn’t save him from widespread criticism from tennis pundits, fans, and players.

Djokovic, who himself contracted the contagious virus, said his participation in the upcoming US Open is still in doubt amid coronavirus fears.

“I still haven’t decided whether I will play in the US Open; the upsurge in registered Covid-19 cases in the United States and New York in particular are not playing into the event’s hands,” he said. 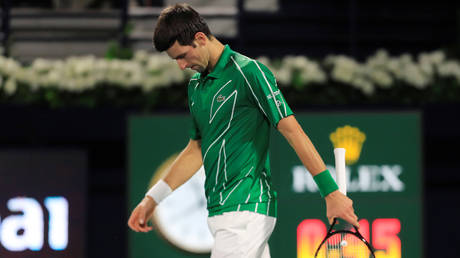