‘Its a minefield!’: Sky Sports BANS commentators from using list of phrases ‘linked to racial inequality’

‘Its a minefield!’: Sky Sports BANS commentators from using list of phrases ‘linked to racial inequality’

Sky Sports has reportedly circulated a list of phrases which are forbidden to be used in match commentary after a study showed that several household phrases which frequently appear on broadcasts have links to slavery.

According to a report by the Daily Mail, the list of potentially offensive phrases has been sent to the broadcaster’s legion of commentators and analysts to ensure that they are aware of the genesis of some of the phrases that have become commonplace in modern day football.

The move comes amid the ongoing Black Lives Matter campaign which has been ever-present in the Premier League since its resumption last month following the wave of global protests which followed the death of George Floyd while in police custody in the United States.

It is understood that Sky Sports’ stance on the issue centers around concern about some phrases may be perceived in light of the protests.

The term ‘nitty gritty’ is said to be included in the list, which is generally accepted to mean ‘basic’ or ‘fundamental’ but was highlighted by Sky Sports for apparently having its origin as reference to slave ships entering the United States.

However, the move has been described as a ‘minefield’ by one staff member who was quoted by the UK newspaper.

“There are phrases that most people would have absolutely no idea would cause offense and that, to be frank, I’d be amazed if people were offended by. It’s making what is already a difficult job harder and it feels unnecessary.

“There are obvious things that should not be said and I think everyone believes that education on these issues needs to be improved, but this feels like we are tripping over ourselves.”

Earlier this week the Professional Footballer’s Association (PFA) called upon sports commentators to learn more about racial bias and prejudice after a study appeared to suggest that players are referred to in different ways depending on the color of their skin, saying that “deep-seated racial stereotypes” remain prevalent in the game.

It showed that players with a lighter skin tone received significantly more praise for attributes like intelligence and work rate compared to their darker-skinned counterparts, who received around 63 per cent more criticism when it came to issues like intelligence, quality and versatility. 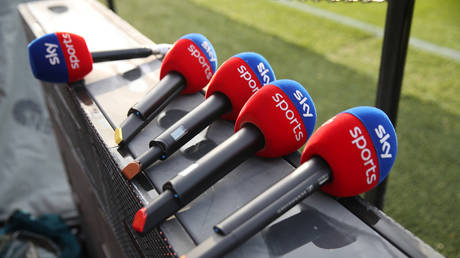