‘It should be WOMEN, not kids’: World figure skating champ Oleg Ovsyannikov calls on ISU to raise age limit in female events

‘It should be WOMEN, not kids’: World figure skating champ Oleg Ovsyannikov calls on ISU to raise age limit in female events

The Olympic silver medalist, who also won two world titles together with his partner Anzhelika Krylova, said that women’s skating should not be converted into a competition between kids who are allowed to enter senior events from the age of 15.

“I want the International Skating Union (ISU) to address the matter of the age limit. This is women’s – not kids’ – skating, after all. Let young athletes skate at junior level, they have their own junior Grand Prix stages and world championships. This is my opinion, I support this idea,” the retired skater said.

The highly debated matter of raising the age in women’s skating was already discussed by the ISU members last year, but the rule remained unchanged having faced criticism from a great number of Russian pundits who said the initiative was directed against Russia’s quad-jumping sensations.

The ISU intends to discuss the possible changes regarding the age of female participants at the 2021 Summit after the issue emerged again following the tragic death of a Russian pairs skater, Ekaterina Alexandrovskaya.

The athlete is believed to have committed suicide after being forced to retire at the age of 20. 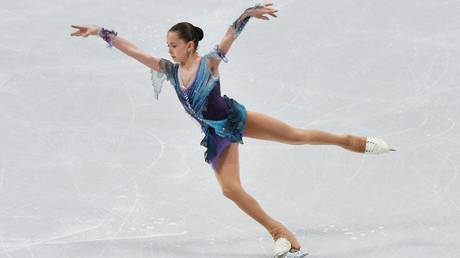