Close
Trending News
HomeSport‘It might be a more mental test than anything’: Serena Williams unconcerned about decimated field ahead of 2020 US Open challenge

‘It might be a more mental test than anything’: Serena Williams unconcerned about decimated field ahead of 2020 US Open challenge

‘It might be a more mental test than anything’: Serena Williams unconcerned about decimated field ahead of 2020 US Open challenge

Serena Williams says the absence of a number of her rivals won’t take the shine off a record-equalling 24th Grand Slam title if she wins the US Open women’s title next month.

Williams will embark on her latest bid to match Margaret Court’s record of 24 Grand Slam titles when she enters the bio-secure bubble at Flushing Meadow for the 2020 US Open.

Many believe that Williams, who would have been a contender for the title regardless, has an even stronger chance of reaching her Grand Slam milestone due to the decimated field at the tournament.

Six of the world’s top 10 players have declared themselves out of the tournament, including 2019 champion Bianca Andreescu, plus the world’s No. 1 and No. 2 players, Ash Barty and Simona Halep.

It means Williams won’t have as strong a field to battle past to earn the crown as she bids to capture her first US Open title since 2014.

But Williams said the names in, or out, of the tournament bracket don’t matter to her. She still has to win enough matches to claim the title.

“It still has to be tennis that’s played, asterisks or not,” the six-time US Open champion said on Friday.

“I think this whole year deserves an asterisk because it’s such a special year – history we have never been through in this world.

“I think we are living a future history lesson. I think regardless, there is always going to be some asterisk by it, because it’s never been done before.

“If you win, it was, like, wow, I was able to win in this crazy circumstance where there was no fans. It was just so sterile and weird, but I mentally came through. It might be a more mental test than anything.”

Williams did admit to some concerns about her health heading into the tournament.

She has had a history of blood clots and pulmonary embolisms in the past, and as such has opted to live in a rented house, rather than the official players’ hotel, to keep her distance from the other players as an additional precaution.

“I have health issues and I don’t necessarily want to get sick, and if I do, I want the good version,” she said.

“I didn’t want to be in the hotel because I have lung issues and felt it was a big risk for me personally. In a house, I can control more.

“I needed to put my mind at rest so that I could perform.” 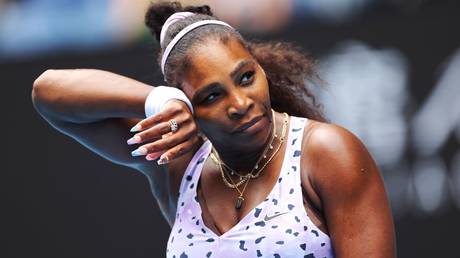