Ecclestone had told CNN that, “in lots of cases, Black people are more racist than what white people are.”

The comments generated headlines across the world, and sparked a swift response from the current ownership of Formula 1, Liberty Media, with an official statement slamming Ecclestone for his remarks.

“At a time when unity is needed to tackle racism and inequality, we completely disagree with Bernie Ecclestone’s comments that have no place in Formula One or society,” it said.

“Mr. Ecclestone has played no role in Formula One since he left our organization in 2017, his title Chairman Emeritus, being honorific expired, in January 2020.”

In addition, Formula 1 chairman Chase Carey announced Thursday that he had made a personal donation of $1 million towards a foundation to promote and improve diversity in the sport.

Hamilton, meanwhile, has been at the forefront of a push to improve racial diversity and inclusion within F1, and has launched his own commission to help engage more people from black backgrounds. He also took part in the recent “Black Lives Matter” demonstration in London last weekend.

In a post to his Instagram story reacting to Ecclestone’s comments, the six-time world champion said, “So sad and disappointing to read these comments.

“Bernie is out of the sport and a different generation but this is exactly what is wrong – ignorant and uneducated comments which show us how far we as a society need to go before real equality can happen.

“It makes complete sense to me now that nothing was said or done to make our sport more diverse or to address the racial abuse I received throughout my career.

“If someone who has run the sport for decades has such a lack of understanding of the deep-rooted issues we as a black people with every day, how can we expect all the people who work under him to understand? It starts at the top.

“Now the time has come for change. I will not stop pushing to create an inclusive future for our sport with equal opportunity for all. To create a world that provides equal opportunity for minorities. I will continue to use my voice to represent those that don’t have one, and to speak for those who are underrepresented to provide an opportunity to have a chance in our sport.” 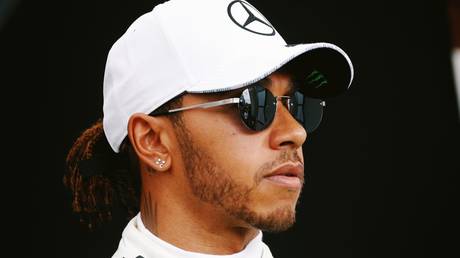