A 25-year-old woman told police that she had caught Angers hotshot El-Melali touching himself in front of her apartment in the French city on two consecutive days in April, according to Ouest-France.

The striker, who expressed his regret for a similar incident in a courtyard at his home in May, is said to have been taken into police custody and acknowledged his act of depravity.

He now faces another prosecution for sexual exhibition in addition to his court date for his original offense, running the risk of up to a year in jail and a fine of around $17,000, according to the report.

The female complainant involved in El-Melali’s original arrest alleged that she had seen a figure engaging in “deviant acts” outside her apartment a few weeks beforehand but had been unable to identify the individual at the time.

In a now-deleted Instagram post responding to his first trip to custody, El-Melali told his following of more than 141,000 that he had experienced a “very hard and stressful period.”

“I’ve been criticized and toughly judged,” he rued. “I understand how hard it was for the people who have received the news because no-one can forgive this kind of behavior.

“I would like to apologize to my family and friends and all advocates of my beloved club and people of Algeria.

“I reflected on everything that happened…it made me stronger and more aware of the values and principles that I should stick to.”

He claimed that he had not been aware he was visible to others, while his lawyer, Sandra Chirac-Kollarik, admitted he had “difficulty controlling his urges.”

After his latest arrest, Chirac-Kollarik said her client had offered his “sincerest apologies” for any “inappropriate” behavior.

The Ligue 1 club, which handed El-Melali a new contract until 2023 in May, said that they would be making no comment and were awaiting the court decision. 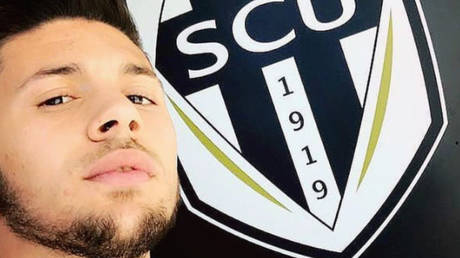