Watch a special episode of the documentary series ‘Dagestan: Land of Warriors’, which serves as a tribute to the life of Abdulmanap Nurmagomedov, the father and coach of UFC champion Khabib and Russia’s leading MMA trainer.

Footage used in this film was shot in October 2019 for the fifth installment of the documentary series ‘Dagestan: Land of Warriors’. Due to the tragic death of Abdulmanap Nurmagomedov, we are now releasing this episode unnumbered, as a dedication to Khabib Nurmagomedov’s father and life-long coach, unofficially named ‘The Father of Dagestan MMA’ during his life, and who will undoubtedly keep this title after his passing.

“This special tribute documentary episode was planned and produced immediately after the death of Abdulmanap Nurmagomedov, using content shot at the end of last year in Dagestan and originally intended for a separate one-hour film which I hope to start working on soon, in which I will hopefully speak to those who were close to Abdulmanap. This isn’t exactly how I pictured this film in my mind originally, but ever since the news of the death of Abdulmanap, it seemed fitting to put it together as soon as possible. During production, I was on my way to UFC Fight Island in Abu Dhabi, a place which would probably never host all these events if not for Abdulmanap and the success of his son. He made a big impact in the history of Dagestan and the history of combat sports. A coach, a mentor, and someone who connected so many people all around the world. Abdulmanap Nurmagomedov.” 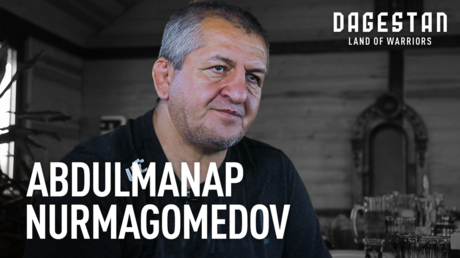 Chinese Tech giant Huawei WILL be...