Reigning world high jump champion Maria Lasitskene has said she is not ruling out the possibility of changing citizenship to be able to perform at international competitions.

The only female high jumper ever to have claimed three world title, Lasitskene stressed that she doesn’t see a way out of the current controversy surrounding the national team as Russian athletes potentially face complete expulsion by World Athletics bosses over an unpaid $5 million fine.

“Taking into account present situation I can take all possible steps, including my withdrawal from the national team,” said a dejected Lasitskene.

“I’m tired of the mess which has been taking place over the past five years. I’m tired of impunity and inaction of Russian sport bosses who don’t try to protect clean athletes.”

The new management of the Russian Athletics Federation (RUSAF) accepted guilt, firing all the coaches and officials involved in the Lysenko row.

In order to be reinstated, RUSAF was obliged to pay a $5 million fine and additional costs to World Athletics before July 1 for manipulation and document falsification in connection with the Lysenko case.

However, the outlined fine was not paid on time with Russian athletics officials admitting the federation doesn’t possess enough financial resources to make the payment.

Missed deadline could potentially lead to Russia’s expulsion from the World Athletics meaning that Russian athletes would be prohibited from taking part in all international events even under neutral status.

Lasitskene and other Russian athletics stars wrote an open letter to World Athletics asking the body to allow clean athletes to compete regardless of RUSAF’s payment.

However, their request was not met the athletics governing body which insists Russia should pay the fine to be internationally reinstated. 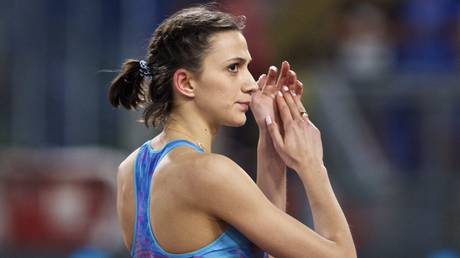 ‘Huge loss for the sporting world’...