Serena Williams’ quest for a record-equalling 24th Grand Slam has been extended a little longer. The French Open announced the 39-year-old has been forced out of this year’s tournament due to an achilles injury.

Williams pulled out with the injury before a last 64 clash with Tsvetana Pironkova on Wednesday, thereby handing the Bulgarian a walkover into the third round.

The achilles suffered damage in Serena’s US Open semi-final loss to Victoria Azarenka, and Williams explained the knock had not had time to heal properly.

“I really wanted to give an effort here. (I’m) struggling to walk so that’s a tell-tale sign that I should try to recover”

“I love playing in Paris, I actually adore the clay. It’s fun for me. And I really wanted to give an effort here,” the three-time champion at Roland Garros said in a press conference.

“So it’s my achilles that didn’t have enough time to properly heal after The [US] Open. I was able to get it somewhat better but just looking long term in this tournament will I be able to get through enough matches and for me I don’t think I could.

“(I’m) struggling to walk so that’s a tell-tale sign that I should try to recover.” 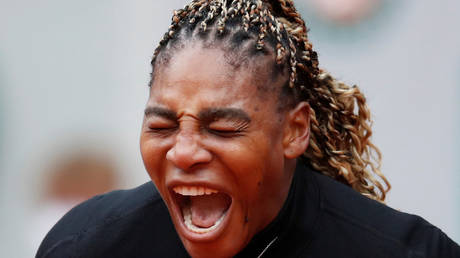