The 19-year-old started fast, and raced into a 3-0 lead before Kenin fought back. But the Pole wouldn’t be denied as she found her consistency to claim the first set.

The second set was even more clear-cut as she blasted past Kenin 6-1 to become the first player to win the women’s title without dropping a single set throughout the tournament since Justine Henin back in 2007.

After her dominant victory, Swiatek admitted that she couldn’t quite comprehend her achievement.

“Two years ago I won a junior grand slam and now I’m here. It feels like such a short time.”

How does it feel, @iga_swiatek? 😁#RolandGarros pic.twitter.com/sSSA3cWiJC

Swiatek’s triumph also marked the occasion of the lowest-ranked women’s player to win the title since rankings were introduced back in 1975, and she said that her success was something of a trend in tennis right now, as a host of underdogs have started to enjoy success in major matches.

“It had to be like that, another underdog won a Grand Slam in women’s tennis,” she said.

“It is so often right now that it is crazy.” 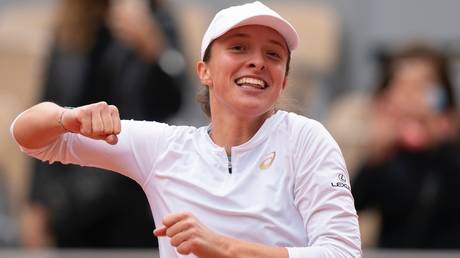