Russian figure-skating star Evgenia Medvedeva, 20, has said it would be enormously difficult for her to achieve a quadruple jump, given she’s no longer a junior athlete who can be easily taught the so-called ‘ultra-c’ elements.

Nonetheless, the two-time world champion said she’s planning to secure a podium place even without the help of jaw-dropping ultra-complicated technical content – after all, as she points out, she won her titles with just triple jumps.

“Now, some Russian skaters are landing quads, but all of them are so young! When I was their age, I also attempted quadruple jumps, but at that time, they weren’t trending in women’s skating. I managed to win two world titles by throwing a combination of two triple jumps in the second part of the program – back then, my coach didn’t see the necessity of learning quads,” Medvedeva said.

“If I could turn back time, I think I would learn how to do a quad at 15. But now I’m at the age where it’s difficult to learn quads. Nevertheless, I still want to win competitions. I take to the ice with that thought and I strive to win.”

Olympic runner-up Medvedeva has recently resumed training in Moscow after a lengthy break caused by the Covid-19 pandemic. She intends to return to Canada and continue her training with renowned coach Brian Orser as soon as international flights resume. 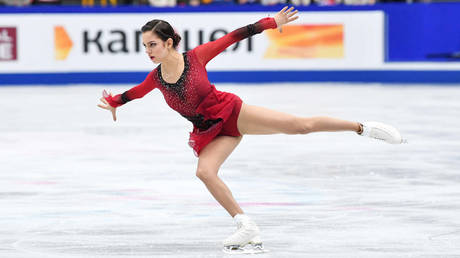 Newcastle ask fans to avoid ‘A...