Russian former world figure skating champion Elizaveta Tuktamysheva, also known for her ‘striptease’ routine, has showed off more of her moves by dancing on a sun-kissed boat as she overcomes the restrictions of quarantine.

The 23-year-old posed for two photos in Calvin Klein swimwear on a flight of stairs leading into the sea before dancing in a shirt to the approval of some of her following of more than 184,000 on following.

Tuktamysheva, who has set pulses races during lockdown by dancing on social media and taking part in a glamorous photoshoot on FaceTime, declared: “If this is compensation for the missed spring, then I agree.”

Having demonstrated some of the secrets of her trusted triple axle move on Friday while telling supporters that self-belief was critical, Tuktamysheva provided a self-reflective post a couple of days before her boat trip.

Looking out to sea from a bench, she said she had been looking at old notes she had made on her phone about “what I love in people and what I hate.”

“I re-read it and realised that at least in some ways I remained stable,” she added. “I love kindness, sincerity and honesty and I hate hypocrisy and narcissism.

“This is just part of the list, but they are the most important things for me regarding people. What traits are important for you?” 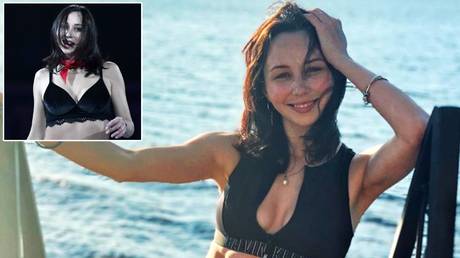