Ice skating champion Aliya Zagitova has copped criticism for her first foray into TV presenting because Russians “cannot simply be happy for others”, her co-host, Alexei Yagudin, has claimed in his latest defense of the teenager.

The 40-year-old four-time World Champion had to endure barbs from some viewers himself, although Zagitova earned the fiercest flak from critics who questioned her on-screen skills after she was fast-tracked into her first broadcasting role.

“In our country, everyone is constantly criticized,” Yagudin rued to YouTube host Nadine Strelets, speaking shortly after the end of his first series alongside 18-year-old Zagitova.

“Our people always don’t like something. Yelena Isinbaeva should be removed from the jury.

“Write a petition so that Yagudin no longer presents on Channel One. Remove Zagitova from the Ice Age. Buzova just got bored. Our society cannot simply be happy for others.”

Zagitova put her remarkable professional ice skating career on hold to join the show alongside studying for a media qualification, hinting that she may not return to her sporting exploits.

She admitted that she was receiving tuition between shows in a constant attempt to improve, and Yagudin recalled how his own early steps into his second career had been difficult.

“I remember my first performances with a microphone,” he reminisced. “It was also hard.

“But a person is capable of anything if they wish. Does Zagitova have a future if she develops in the same direction as me? Anyone has a future.” 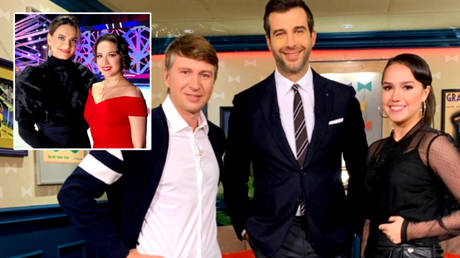