‘I was not surprised to see him walk away’: Conor McGregor says Khabib Nurmagomedov ‘scurried away’ from UFC, eyes Russian’s title

‘I was not surprised to see him walk away’: Conor McGregor says Khabib Nurmagomedov ‘scurried away’ from UFC, eyes Russian’s title

Conor McGregor is ready for his return to action at UFC 257, and the Dubliner has revealed that he was baffled by Khabib Nurmagomedov’s decision to retire from the sport at his peak, accusing the Russian star of “scurrying away.”

Speaking to The Mac Life ahead of his main event bout with former interim champion Dustin Poirier at UFC 257, McGregor was asked about “the elephant in the room” as he was questioned about the situation surrounding Khabib and the UFC lightweight title.

“I don’t think he made weight last time out either, out here, to be honest. That was very skeptical on the scales. Very unusual behavior. But it is what it is.

“How you can walk away at this stage is baffling to me, but each to their own. There are so many amazing fights out there.

“Even the carry-on around the Tony [Ferguson] situation. You’re scheduled to fight a man – no matter what, fights must take place.

“You can’t just scurry away from bouts. It’s been the hallmark of his approach and I was not surprised to see him walk away – or scurry away, I should say. It is what it is, we carry on.”

McGregor also suggested that the UFC lightweight title should be on the line for his bout against Poirier on Jan. 23 after Nurmagomedov announced his retirement from the sport.

But he also hinted that perhaps a title shot after his upcoming fight would be “fair” given the circumstances surrounding the UFC and the title over the last 12 months.

“I feel it should be [on the line at UFC 257]. I don’t think Dana’s going to be bouncing in to throw me a belt straight away with the way the year went. But I understand that,” he said.

“What are the belts? I’m here to compete, get some good competition in and the belts will come. I think maybe the next bout is fair.

“I would have liked to see it this fight, but there were circumstances surrounding the man scurrying away, to an extent, and they’ve given him a bit of time. We’ll see what happens.

“It’s of no odds to me. I’m not going to get caught up in the politics of this business. I have in the past, and it’s hampered me. So we focus on the bout ahead, and that’s it.” 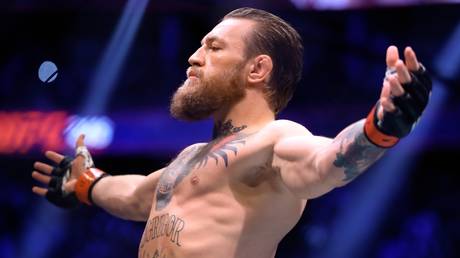