‘I want to do it’: Russian figure skating champ Medvedeva reveals she is already training athletes ahead of future coaching career

‘I want to do it’: Russian figure skating champ Medvedeva reveals she is already training athletes ahead of future coaching career

Two-time skating world champ Evgenia Medvedeva, who has seen her plans to return to the ice in Japanese show Sailor Moon this year dashed, is eyeing a post-retirement career in the sport after enjoying taking steps into coaching.

Medvedeva was due to star in a new ice-skating version of the hugely popular series this summer.

The 20-year-old spoke of her regret at not being able to appear in the show this year and admitted she has begun teaching future stars in Canada.

“It’s a lot of fun. It may be difficult to continue for a lifetime, but after retirement I will be a coach. I want to do it.’

“I’m very sorry [about Sailor Moon’s postponement] but I don’t think it can be helped.

“Preparation is progressing steadily and it’s been pretty good. It’s not canceled, so I’m really looking forward to next year’s event.”

Medvedeva, who staged a Sailor Moon-inspired performance at the 2017 World Team Trophy in Tokyo, also expressed her enthusiasm for two manga books and their gothic style.

Tokyo had been due to host the 2020 Olympics this year before they were postponed for a year in March and a nationwide state of emergency was declared at the beginning of April. 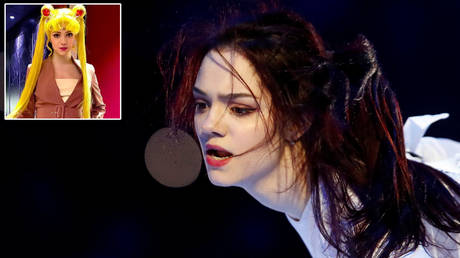