Russian synchronized swimming star Vlada Chigireva has spoken about her Olympic success and how she has contended with a figure which some might deem unsuited to glory in the pool.

The highly-motivated Chigireva has worked hard to develop her talent and prove that her short height and certain parts of her body – which didn’t necessarily suit modern standards of synchronized swimming – would not prevent her from becoming an Olympic gold medalist.

Talking to RT Sport, the 25-year-old told about her path to the top of her sport, revealing her biggest dreams as well as struggles along the way.

Born into a sporting family, it seemed natural for Chigireva to pursue a professional career in sport – although her parents did not pressure their daughter, instead allowing her to try her hand at everything she was interested in, including dancing classes, painting and rhythmic gymnastics.

But a love for synchronized swimming apparently ran in her genes, as Chigireva said she started doing the sport “when she was in the womb.”

“My mother is a former synchronized swimmer and father is a retired swimmer,” the star told RT Sport.

“My mom was my first coach, she started taking me to her training sessions when I was just two years old. I was crawling across the shallow end of the swimming pool watching senior girls performing various synchronized elements. Their routines really mesmerized me. Being a child who loved dancing and swimming, I chose synchronized swimming which helped me to unite those two hobbies.

The world and Olympic champion said it was a difficult decision to leave her home city – the southern Russian city of Rostov – when she was a teenager, but she doesn’t regret it, as the U-turn in her career brought her to the sports pinnacle.

“I was coached by my mother in Rostov till the age of 13, before I finally moved to Moscow. So, all the basic skills and necessary technical content I learnt from her,” she said.

“Of course, we attended various master classes held by renowned coaches and athletes, but there is always room for perfection and my mother always wants to improve and learn more.

“After I left Rostov, she became a true mom, leaving behind the role of my coach. She used to be a strict coach, by the way. Once we were training in a pool and she was shouting at me so much because I failed to do some elements properly. And a woman who was swimming next to us approached my mom saying ‘How can you shout at this kid? I’m sure you wouldn’t be pleased if anyone treated your own child in such a disgusting manner!’ And then I turned to her and said ‘Well, actually, she is my mother,’” Chigireva said.

“Of course, it wasn’t an easy decision to leave my home city. But honestly, at that time I didn’t really realize what was going on. As a person who has always doubted oneself, I couldn’t even dare to dream that I will ever enter the national team or become an Olympic champion. When I was 13, a coach who was ready to take me to her group in Moscow said ‘Either you come now or never.’ Elena Polyanskaya was a famed specialist who grew up several Olympic champions, including Olga Brusnikina and Maria Kisileva.

“It wasn’t stressful for me at all to go the Olympic reserve sports school, everything was new and interesting for me. But I can’t even imagine what my mom felt by allowing her only child to leave her. When she was a professional athlete, she dreamt of becoming an Olympic champion, but it was impossible at that time, because Russia didn’t hold leading positions in synchronized swimming back then. So, I think she embodied her coveted Olympic dream in me,” the swimmer explained.

Chigireva outlined that Russia’s immaculate performances lead some people to believe that they apply no effort while winning one gold after another. However, appearances can be deceiving, and Chigireva says few can even imagine how many hours of training are behind the illusory ease of their routines.

“A great number of people think that our sport is not hard. Oh, it’s so easy to dive into a swimming pool and show their legs during routines. They don’t understand that our sport is an endless routine. Every day we are polishing the same elements and doing the same programs for 10 or 12 hours to achieve impeccable synchronicity, height and speed. Our coaches sometimes joke that they may not attend our training sessions and simply record their remarks on a phone and replay them for us every day, because we make the same mistakes each training session,” the 11-time world champion said.

“Also, synchronized swimming combines many other sports like diving, acrobatics, rhythmic gymnastics in terms of flexibility and stretching, swimming. We have ballet classes and choreography. We are universal fighters who let people believe that our victories could be achieved without any efforts.”

The champion swimmer revealed that unlike other women who might dream of having a ‘Brazilian bottom’, she tries hard to make her curvy figure a bit flatter.

“This is my pain! Because in synchronized swimming we should be super flat, so that we can have pencil-straight lines which are judged by referees. When we push ourselves upwards our legs should make an ideal vertical line, but my buttocks make my line a bit curvy. And I can do nothing about it, this is my figure which I inherited from my parents. I often hear reproaches directed at me during training sessions, and I understand coaches who want to see immaculately done elements, but my ‘Brazilian bottom’ doesn’t allow me to do that,” the athlete complained.

“My training plan differs from other girls, as I’m constantly doing fat burning exercises. I’m not allowed to do squats, which are usually a part of training routines. Anyway, no matter how funny it may sound, but my short height and noticeable buttocks create big problems for me,” she added.

The multiple world and European gold medalist said she managed to make to the national squad despite not being tall as the majority of her teammates. Chigireva said that she is the “shortest” athlete ever selected for the national team, which has been unbeaten internationally for more than 20 years.

“My height is 163cm (5ft 3in) and I’m the shortest swimmer in our team. Because of that I have to work hard, I think twice harder to be at the same level with other girls who a much taller. I do remember the 2016 Olympics in Brazil where I was placed to Natalia Ishenko in the group event. She is 183cm (6ft) tall, and I needed to overcome a 20cm difference to do elements at the same height with her. It was enormously difficult! Natalia was the world’s best synchronized swimmer and always performed at her maximum prompting me to rise above myself to make our toes be at the same level,” she told RT Sport.

Chigireva said that Russia’s unforgettable routines which captivate even strict judges have always been created in close cooperation between coaches and athletes.

“We have a full democracy in our team while making new routines. We are closely cooperating together with our coaches who just tell us what they want to see in this or that program. We can offer music, movements, elements… Tatyana Pokrovskaya just tell us what kind of movements she wants us to make, and we can try doing them in the water. Sometimes I see some new elements in my dreams and then I wake up and try to repeat them in the swimming pool. I have always said that we are pieces of a puzzle which our coaches put together to present a beautiful picture to the whole world,” the swimmer said.

Chigireva doesn’t want to only concentrate on her sporting career and gladly accepts offers to try something new in her life.

“Yes, I had a very unusual experience this summer of being filmed in a video clip. My friend Maria Crimeberry, who is a popular singer, offered me the chance to star in her clip. This was competitive bid, the video was presented at a music festival Zhara where it was awarded one of the main prizes. I played the role of a synchronized swimmer and I really managed to show not only swimming elements, but also express my feelings,”Chigireva said.

“After that I cooperated with another singer, Urkiss, who took part in the White Nights music festival. He was singing his song on the stage and the video of us swimming under the water was played in the background. It was a very interesting experience, I really grateful for all opportunities that I have outside sport,” she added.

Unlike the vast majority of her teammates who dream of wining an Olympic gold, Chigireva said that her biggest wish is to go to space – and she is determined to fulfil this goal.

“When I was 10, I went to Star City in Moscow region where I saw all those spaceships. I visited Yuri Gagarin’s room and saw the clock which suddenly stopped the very moment when he tragically died. I was amazed by everything I saw there, so that I clearly decided to go space one day. I’m obsessed with that idea, and honestly I think it’s possible to do. The main thing for me is to learn something and acquire some skills so that I will be useful on the Space Station. I just don’t want to be a tourist, I want to conduct some scientific research or explore something. If I manage to fulfil this dream I will be enormously happy.”

Considering Vlada Chigireva has proved full of surprises so far in her life and career, she might just achieve that dream one day. 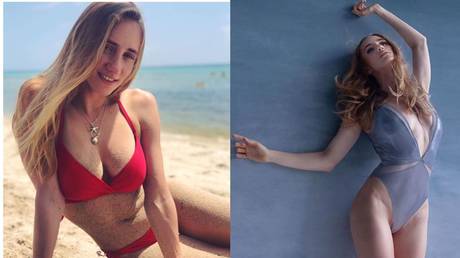 Who is Lee Cain and when did he dr...