‘I stand up for the Chinese race’: Billionaire heiress Kim Lim accuses football fans of ‘CYBER RACISM’ over messages to ‘go home’

‘I stand up for the Chinese race’: Billionaire heiress Kim Lim accuses football fans of ‘CYBER RACISM’ over messages to ‘go home’

The fashion-loving daughter of Singaporean billionaire Peter Lim has pledged to “stand up for the Chinese race” against angry Valencia fans, insisting that “we can do anything we want with the club and no-one can say anything.”

Aesthetic clinic owner Kim Lim has repeatedly been told to “go home” during irate exchanges with seething supporters of the Spanish side, who believe the club has been poorly run during a season that began with a UEFA Champions League campaign but looks likely to end in a finish well outside of the European qualification places.

In a now-deleted Instagram post, Lim claimed she had been affected by fans swearing at her private investor father, who bought the club for €420 million in 2014 and is thought to be worth around $2.5 billion.

“Don’t they get it?” she asked in a post that seemed unlikely to endear the family to their critics.

“The club is ours and we can do anything we want with it and no-one can say anything.”

When Lim posed in a Louis Vuitton tracksuit last week, one fan responded by telling her: “The club is yours but the passion is ours. Time to go home.”

Another said fans should boycott matches at Valencia’s stadium, explaining: “The future of the club is in our hands. Make sure the seats are empty at Mestalla every home game. It’s the only way.”

Peter Lim was given a hero’s welcome when he bought the club as fans serenaded him for clearing debts of $222 million and investing $210 million to complete their new stadium, but the relationship has turned rancorous.

A barrage of “Lim go home” messages appeared after his beauty-loving daughter, who has more than 275,000 followers, posed between a makeup artist and hair salon owner in a follow-up post, with one supporter writing: “Valencia is not your toy, honey.”

“Everyone has a limit,” Lim told Mothership. “[Fans] have been harassing my family and the Chinese race verbally for a while.

“I felt that an immediate response was needed to stop and manage the online bullying.

“I stand up for my dad and the Chinese race because they keep saying ‘the Chinese are lousy’ and ‘screw the Chinese.’

“Perhaps they think that by doing this, it will bring me down, but actually it makes me want to stand up more against them.”

“I want to make my point across that cyberbullying is wrong and cyber racism is illegal, and let the world know that no-one should succumb to it.

Valencia won their first trophy in more than 10 years when they beat champions Barcelona to lift the Copa del Rey last season, but are on a poor run of one win in nine matches ahead of their league game at home to Valladolid tonight. 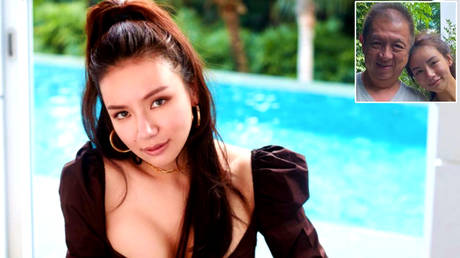