‘I love this feeling’: Ronaldo earns win as Juventus stars daub faces in anti-violence move – before Juve insist he is NOT leaving

‘I love this feeling’: Ronaldo earns win as Juventus stars daub faces in anti-violence move – before Juve insist he is NOT leaving

Cristiano Ronaldo joined his teammates in painting his face red before scoring a rapid brace in his first home match in more than two months, with the club’s sporting director assuring fans about the striker’s future afterwards.

In his first appearance at the Allianz Stadium since the opening day of the season, Ronaldo netted for a third straight domestic match to move to the top of the Serie A scoring charts alongside AC Milan’s Zlatan Ibrahimovic.

Ronaldo struck his seventh and eighth goals of the season in five minutes before half time as Juve beat Cagliari to remain unbeaten, a point behind Milan, although the early leaders have a game in hand on the reigning champions.

“Great, guys,” the hitman purred on Instagram, sharing photos of his teammates mobbing him while wearing smears of red paint on their cheeks in support of a campaign against violence to women.

“Keep on like this. I love this feeling to the end.”

The Portugal captain is out of contract at the Italian giants in 2022 and has been linked with a move away from the club in recent weeks, but sporting director Fabio Paratici said the club was ignoring speculation, including rumors that former club Manchester United are keen to sign him again.

“I can assure you that Cristiano’s future is at Juventus,” Paratici told DAZN, having watched the 35-year-old score his 60th Serie A goal.

“Obviously, news about new teams [interested in Ronaldo] comes out every day, but we don’t pay attention to that.”

Ronaldo’s partner, Georgina Rodriguez, was also in the mood for campaigning, publishing an Instagram video that was watched by more than 1.1 million people in support of child welfare charity Nuevo Futuro.

“Let us collaborate so that all children can have a childhood and be children,” she said, having previously announced that the initiative had “stolen my heart”.

“[They should] not be worried about the problems of adults, nor sad about life issues that they have not chosen. Let us help them to have a new future.”

Ronaldo is back in action in Turin on Tuesday, when he will be seeking his first Champions League goal of the season as Juventus host Hungarian side Ferencvaros.

Juve won 4-1 in the reverse fixture in Budapest earlier this month, and another victory will see them qualify for the knockout stages with two matches to spare should Dynamo Kiev fail to win at home to Barcelona on the same night. 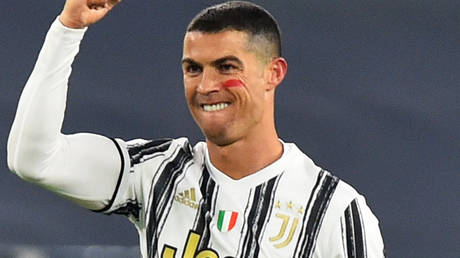 Petr Yan vs Aljamain Sterling ‘to...