Close
Trending News
HomeSport‘I have genuine health issues’: Serena Williams reveals she WON’T live in hotel with other players during 2020 US Open

‘I have genuine health issues’: Serena Williams reveals she WON’T live in hotel with other players during 2020 US Open

‘I have genuine health issues’: Serena Williams reveals she WON’T live in hotel with other players during 2020 US Open

Former world No. 1 Serena Williams has revealed she will not live in the official hotel alongside other players at the upcoming US Open, saying she has ongoing health problems to deal with.

The US star, who is eyeing a record-tying 24th Grand Slam, said she will rent a private home as a precautionary measure to stay safe during the major tournament.

READ MORE: ‘It might be a more mental test than anything’: Serena Williams unconcerned about decimated field ahead of 2020 US Open challenge

“I want to be here, but I have genuine health issues,” Williams said.

“I didn’t want to be in the [official player] hotel because I have lung issues and felt it was a big risk for me personally.

“In a house, I can control more, there’s no housekeeping [staff], none of that stuff. I needed to put my mind at rest so that I could perform in New York,” she added.

Williams, who spent six months not competing due to the COVID-19 lockdown, took part in the Top Seed Open in Lexington in the beginning of August.

However, her underwhelming performance raised concerns about the player’s readiness to vie for the US Open crown, as she was knocked out in the third round by relative unknown Shelby Rogers, ranked a full 107 places below her.

The US Open, which will kick off next week in New York, will have a depleted women’s draw after several top-ranked players – including world No. 1 Ash Barty and second-ranked Simona Halep – withdrew from the competition due to coronavirus concerns. 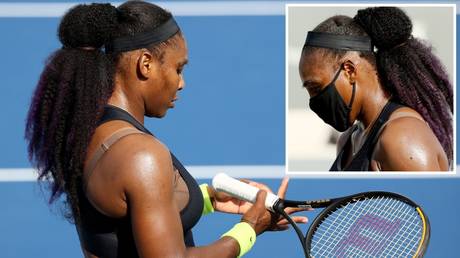