‘I got twisted and a little bit lost’: World No.1 Ashleigh Barty reveals why she quit tennis career

‘I got twisted and a little bit lost’: World No.1 Ashleigh Barty reveals why she quit tennis career

Top-ranked women’s tennis player Ashleigh Barty has revealed why she walked away from the game during the early years of her career, saying she “got lost” and “needed to find herself.”

The Australian player stepped away from the game in 2014, switching to cricket and signing with Brisbane Heat for the inaugural Women’s Big Bash League season.

READ MORE: ‘I am fully recovered and I am ready’: World No.1 Novak Djokovic confirms he WILL PLAY at the US Open

Explaining her decision to put her tennis career on hold, Barty said being disconnected with her family was one of the reasons she didn’t want to play.

“I think I just needed to find myself a little bit. I felt like I got twisted and maybe a little bit lost along the way in the first part of my career, just within myself mentally and what I wanted to do,” she said.

“I was very lucky to have a lot of success, but I’m still very much a homebody and I kind of lost my way a little bit with not being able to connect with my family. I even think I kind of disconnected with my family in a way,” the player added.

She returned to tennis in 2016 and needed three years to rise to the top of the World Tennis Association rankings, jumping from 325th place.

In 2019, Barty claimed her maiden Grand Slam title, defeating Marketa Vondrousova of the Czech Republic in the final of the French Open. But her dream to add yet another major trophy to her name has been delayed – the Aussie player had to pull out of the upcoming US Open due to coronavirus concerns.

The 24-year-old said it was a difficult decision, but decided not to travel to the US, where she might face “significant risks involved due to COVID-19.” 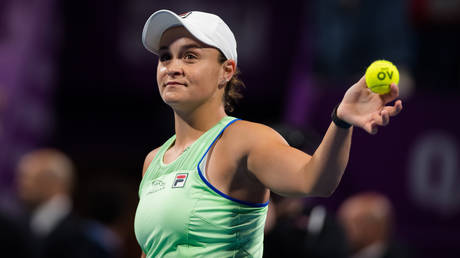 New Apple One subscription ‘about...