Czech biathlon star Gabriela Koukalova has shared bikini snaps from a beach photo shoot, noting that she feels even more feminine and beautiful after turning 30.

The two-time world champion said she was not accustomed to doing revealing photo sessions during her professional career, but she found the new experience of posing before the camera interesting and entertaining.

“I didn’t have many photo shoots like that, but things have changed. At the age of 30, I started to feel even more feminine than ever before, and I’m proud of that. I’m just enjoying this age,” the former biathlete wrote.

Koukalova shared a series of vacation pictures where she proudly displays her body, wearing a bright yellow bikini.

Along with the Big Crystal Globe trophy which she claimed in 2016, the athlete also possesses two world titles, won in the mixed relay in 2015 and in the women’s sprint in 2017.

She skipped the 2018 Winter Games due to health problems and, a year later, announced her retirement from professional sport. 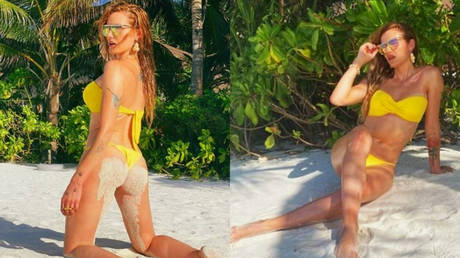 The Apple iPad Mini is down to its...