Heavyweight powerhouse Alexander Povetkin’s team have said they are ready to prove he had Covid-19 after Dillian Whyte, the Brit he savagely knocked out in August, bizarrely claimed that the Russian was stalling for recovery time.

Desperate also-ran Whyte’s hopes of immediately reviving his title ambitions were scuppered when Povetkin, who produced a knockout of the year contender when he poleaxed his rival in the UK, revealed he was suffering from Covid-19 earlier this month.

Whyte has now scotched reports that Povetkin was in hospital with the virus and insisted that the Russian took “a lot of damage” during their fight, causing the WBC interim title holder’s team to offer to provide documentation of his illness.

“I personally don’t think he’s got Covid,” declared Whyte, accusing the veteran of faking his diagnosis.

Alexander Povetkin with a KO-of-the-year contender against Dillian Whyte pic.twitter.com/jL4ScGl1Bi

“I think he just needed more time to get ready because he took a lot of damage in the first fight.

Povetkin’s promoter, Andrey Ryabinsky, said he was “ready to submit all the documents” to Eddie Hearn, the organizer of the rematch that had been scheduled to again take place in England on November 21.

“He had a rather difficult form of coronavirus but he passed this crisis period,” he told Sky Sports.

“The doctors put him back on his feet. Sasha is now feeling well; no complications have been identified.

Whyte cannot of said this 😂😂 povetkin wasn’t ready due to damage? Whyte nearly died in the ring https://t.co/YbFIqOSOOv

😂😂😂 povetkin poleaxed Whyte , what planet is he living on.

I think Whyte is one interview away from saying that Povetkin’s knockout in the first fight was just a dream and didn’t really happen at all.

“At the moment, his main task is to restore health and return to the necessary physical shape.

“There are so many different opinions. Let’s not listen to opinions, but be guided by facts and make decisions.

“The facts are simple – Sasha got coronavirus, and we were forced to postpone the fight. This can happen to any athlete. Sasha was in the hospital – we have all the documents at hand.”

Fans were unimpressed by Whyte’s curious comments, with some referring to the string of farcical recent allegations made by Deontay Wilder following his resounding defeat to Tyson Fury in their heavyweight clash in February.

“Whyte cannot have said this,” laughed one. “Povetkin wasn’t ready due to damage? Whyte nearly died in the ring.”

Another said: “Holy sh*t – Dillian Whyte is actually deluded. How hard did Povetkin hit him?”

Hearn has provisionally rescheduled the fight for January 30. “We hope Sasha will return to training in two to three weeks,” said Ryabinskiy.

“But any physical activity should be co-ordinated with doctors. They are careful in their forecasts and say that it is necessary to monitor the situation and Sasha’s wellbeing.

“Obviously, it is more profitable for us to have a rematch with Whyte after his defeat as soon as possible.”

Povetkin did not appear to be injured when he returned to a hero’s welcome in Moscow, including a ceremony as he walked through the airport terminal on his way home.

“You’d love to have the confidence that bang average boxers carry,” said one viewer. “Whyte got laid out by Povetkin and reckons he’s dodging a rematch.”

Hearn would love Fury to face Whyte when he makes his long-awaited ring return in December, and the “Gypsy King” sounded a note of concern as he gave equally short shrift to Wilder’s claims that he had cheated when he won the WBC title.

“I think Wilder’s got bigger issues than actual boxing at the moment,” Fury told This Morning.

“I’m quite worried for Wilder’s mental health and wellbeing. We all don’t want to be defeated after such a long time of being undefeated professionals, but there has to be a point where you accept defeat and move on.

“Wilder doesn’t seem to be able to do that. He’s holding all these malice feelings and he’s making all these excuses.

“I’m quite concerned for his mental wellbeing after this defeat because he’s coming out with ludicrous statements and I’m not sure what’s going on.

“But I always say, I’m only a phone call away and if I can help in any way then I would give him the best advice I can.

“But to go on like he’s continuing, it seems to me like the fight has really affected his mental wellbeing.” 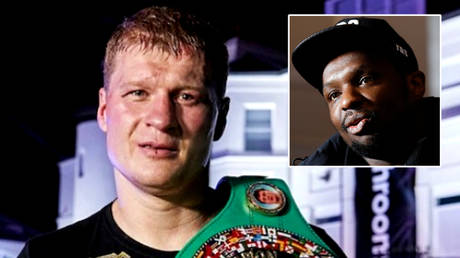