‘I could have starved for days’: Russian gymnastics queen Alexandra Soldatova on battle with bulimia

‘I could have starved for days’: Russian gymnastics queen Alexandra Soldatova on battle with bulimia

Russian gymnastics champion Aleksandra Soldatova has opened up about her long-lasting battle with an eating disorder, saying she needed professional help to cope with her anxieties around food.

The four-time world gold medalist said that rigorous weight control evolved into a serious physiological issue that led to the eating disorder, which damaged her health.

“I knew I had a serious problem when I realized my thoughts were only ever about food: how much I ate, how many calories I burnt… Although I knew it wasn’t right, I started starving myself. I was always out of energy and didn’t have the power to train. But I was afraid to admit that I had an eating problem,” Soldatova explained.

The athlete, who represented Russia at major international rhythmic gymnastics events, said she became self-absorbed, lonely and unsociable, often refusing to go out with friends, especially to cafes and restaurants when meeting implied eating.

“I’d once starved myself for several days before realizing I was on the brink… that I’d reached my limit. Then I found the courage to tell my coach about my problems,” Soldatova said.

The 22-year-old has currently put her sporting career on hold to allow her the space to deal with her health problems.

She said she has managed to stop her bulimic behaviors with the help of her coach, her friends, and a psychologist, but admitted she still has nightmares in which she gains weight, which remains a fear.

Soldatova is expected to resume training after a lengthy break and to fight for an Olympic spot to represent Russia at next summer’s Games in Tokyo. 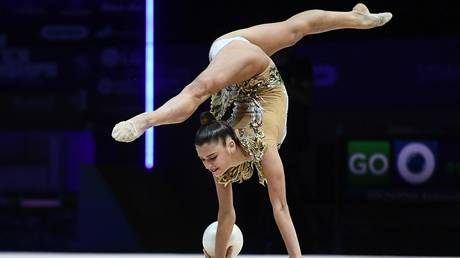 'My performance would be comp...