‘I can’t see anything’: Retiring UFC star Daniel Cormier says he was BLINDED in one eye in UFC 252 loss to Stipe Miocic (VIDEO)

‘I can’t see anything’: Retiring UFC star Daniel Cormier says he was BLINDED in one eye in UFC 252 loss to Stipe Miocic (VIDEO)

Daniel Cormier revealed an accidental eye poke rendered him without the use of his left eye during his fight with Stipe Miocic after his attempt at reclaiming the UFC heavyweight title ended in defeat at UFC 252.

Former two-division UFC champion Cormier wobbled Miocic at the end of the first round, but was largely outstruck on the feet and controlled in the clinch by a well-drilled Miocic, who earned scores of 49-46, 49-46, 48-47 to claim bragging rights – and retain the title – in their trilogy fight.

But a crucial moment came mid-way through the fight when Cormier sustained a nasty eye poke from Miocic that wasn’t picked up by referee Marc Goddard, who ruled it a punch.

After the fight, Cormier revealed the eye-poke left him blind on his left-hand side as he fought the final two rounds of his UFC career with one eye.

“Look at my eye,” he said after the fight.

“I couldn’t even f*cking see the rest of the fight. I can’t see anything out of my left eye – it’s black. It is what it is. It doesn’t matter.

The eye poke that Daniel Cormier says caused him to lose vision in his left eye at #UFC252 pic.twitter.com/b6R5DalYoS

“I told Marc (Goddard) that he poked me, but he said he thought it was a punch. But then after the fight he said, ‘I saw it on the replay.’

“I just can’t see out of my left eye. It doesn’t matter, though. Whatever. It is what it is.”

Cormier also confirmed that his fight with Miocic would be his last as a UFC fighter as he retired during his post-fight interview.

“It just sucks, being on the losing end of two big fights and trilogies – it’s a very sad position to be in. But I will deal with it as I’ve dealt with things in the past,” he said.

“I’m not interested in fighting for anything but titles, and I don’t imagine there’s going to be a title in the future, so that’ll be it for me,” he said.

“I’ve had a long run. It’s been great. I just fought my last fight for a heavyweight championship, and it was a pretty good fight. It is what it is.” 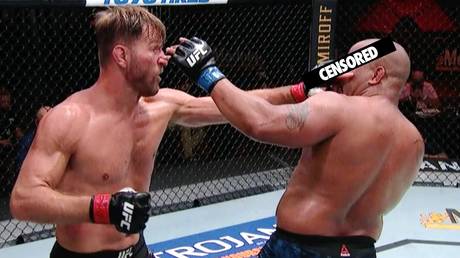 Scuffles, arrests in Jerusalem as...