‘I belong to the old school’: Buffon’s wife says Ronaldo’s family should DROP social media after his sister hits out at Juventus

‘I belong to the old school’: Buffon’s wife says Ronaldo’s family should DROP social media after his sister hits out at Juventus

Cristiano Ronaldo would not have relished seeing his sister, Elma Aveiro, criticize Juventus boss Maurizio Sarri’s use of the star during his side’s cup final defeat, according to the wife of Juve goalkeeper Gianluigi Buffon.

Ilaria D’Amico, who has been with Italy and Juventus legend Gianluigi Buffon since 2014, has said that Aveiro was wrong to question the Serie A champions over their tactics earlier this week, when she pointedly argued that Ronaldo, “doesn’t work miracles.”

Fans cheekily suggested that Ronaldo, who was pictured in a variety of despondent poses during Juventus’s narrow Coppa Italia final defeat as part of the post, had written the message as a way of expressing his dissatisfaction without directly speaking out.

“I belong to the old school,” D’Amico cautioned in an interview on Radio 1.

“Family members and wives should not use social media because husbands and brothers often do not like this.

“If I was a footballer, I would like to express my thoughts but I would not like Gigi or my mother to write for me. Family members do not have to become commentators.”

After seeing Juve lose 4-2 on penalties following a 0-0 draw at Rome’s Stadio Olimpico on Wednesday, Aveiro called Ronaldo “my king” and asked her following of almost 400,000: “What else can you do?

“My darling alone doesn’t work miracles. I don’t understand how you can play like that. Head up high but you can’t do everything.”

Juventus have failed to score in both of their matches since football in Italy resumed, although Ronaldo missed the chance to get off the mark by the narrowest of margins within the opening 15 minutes of their first match back, hitting the post with a penalty in their semi-final clash with AC Milan.

The prolific Portugal captain had nothing to say to his following of more than 225 million on Instagram after a frustrating night that could condemn him to failing to win a major domestic trophy at least once with a club side for the first time since he was at Sporting Lisbon as a youngster.

His mother, Dolores Aveiro, has more than 2.2 million followers on the platform, and his partner, Georgina Rodriguez, enjoys posting scantily-clad photos to her audience of more than 18.7 million.

Aveiro denied that she had fallen out with Rodriguez last month, assuring fans that she had temporarily stopped following her would-be daughter-in-law by accident.

Sarri admitted that Ronaldo, who was an unusually peripheral figure during the cup final, had struggled to find the form that has seen him score 27 goals this season for Juventus.

“Ronaldo lacked that little bit of shine that would allow him to do a little more,” conceded the coach. “But in this period, it’s normal for that to happen.” 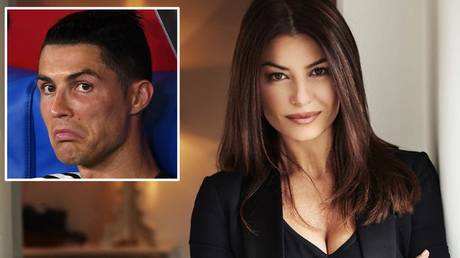 'They should have taken more...