Russian and NHL superstar Pavel Bure has added his weight on the issue of the ongoing protests in the US, questioning why large-scale unrest occurs only when black people suffer.

The former Vancouver Canucks forward called the ongoing protests, which have swept the US following the shooting of Jacob Blake, “hysteria,” insisting that all people should be treated equally regardless of their race and nation.

“If we talk about equality, one law should be interpreted equally for everyone. If something happens to a white person, it’s OK, but if he is black – it’s a big tragedy. All people should be treated equally,” Bure was quoted as saying by Sport-Express.

“I worked in America for more than 20 years playing with guys from different ethnic groups. My best friend was Gino Odjick, an American Indian who introduced me to his ethnic community.

“But native Indians are the most oppressed nation in North America. Donald Brashear, a black guy, was also my friend and there was no racism. What is happening now is outrageous hysteria, reverse racism. Why should anyone apologize?,” the ‘Russian Rocket’ added.

Many US states were engulfed by protests triggered by the shooting earlier this week of Blake in Kenosha, Wisconsin.

A great number of professional athletes, including NBA stars, boycotted games in protest at racial injustice.

Two-time tennis Grand Slam champion Naomi Osaka was among those to take a stance on the issue, withdrawing from the Western & Southern Open in New York to protest police brutality against African-Americans. 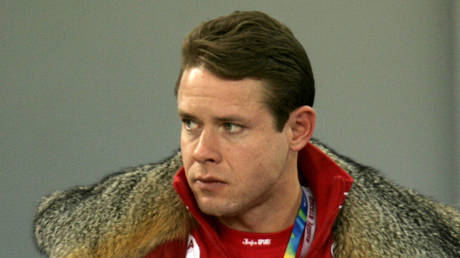 From skating to the silver screen:...