Ahead of his first UFC world title shot late on Saturday night against UFC icon Jose Aldo, Petr Yan’s wrestling coach Frank Hickman describes how the Russian standout has used his unique talents to rise to the top of the sport.

Hickman and his brother George oversee the wrestling and MMA programs at the renowned Tiger Muay Thai in Phuket, Thailand, where their work has already seen the likes of Alexander Volkanovski and Israel Adesanya graduate to world title status – and Russia’s Petr Yan, Frank Hickman says, has all the tools to be the next.

“What stuck out the most for me for Petr was his athleticism,” Hickman told RT Sport about his first impression of working with the UFC 251 world title challenger. “His athleticism is extremely rare. As far as athletic, pure, raw athleticism, he sticks out, boxing, wrestling, and when you watch him wrestle, he can pick up things really fast. And he can really put things together. You know, if you teach a class and you show move, I’ll show him something. And then maybe a week or two later, you’ll see him do it, and he’ll do it perfect.”

Yan’s entry to the UFC and subsequent rise to title contention comes as little surprise to those who followed his run through the ACB promotion, but history has shown several examples of fighters entering the world’s largest MMA promotion with swirling reputations, only to be brought crashing back down to earth as soon as they step into the limelight.

Not so with Yan, Hickman says.

“When I first met him is right before he signed [with the UFC], I guess when he right before he made his debut in Singapore,” he explains. “And I knew that he had an uncapped potential. I knew he could always excel and excel fast in the sport. I think it was a matter of time. But as you watch him progress, he just got better and better and better.

“When he’s like healthy and he’s at his best and you see the best Petr Yan, it’s just lights out. It’s special. It’s a show, I call it ‘The Petr Yan Show’ for a reason because you really get your money’s worth. You just you get your popcorn and you you watch somebody who is just skilled and who loves to do what he does.”

Hickman clearly subscribes to the ‘hard work beats talent if talent doesn’t work hard’ maxim, but he says that Yan is blessed with both of these attributes.

“Talent alone just isn’t enough,” he says. “You got to be able to put the work ethic behind it. And Peter can do that very well. You know, it’s lifts in the mornings, or if it’s pads in the mornings and then the [afternoon] it’s sparring or it’s wrestling.”

WATCH RT Sport’s interview with Hickman and fellow coach John Hutchinson in the video at the top of the page. 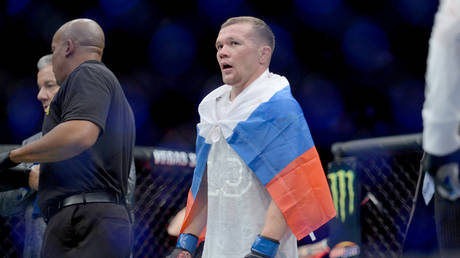 Black Friday Phone Deals 2021: What to expect this year