A study into the environmental impact of social media has revealed that a single Instagram post from Portuguese star Cristiano Ronaldo to his 240 million followers consumes as much energy as ten United Kingdom households.

Ronaldo remains the single most followed figure on the social media platform, with around 35 million more followers than second-placed Ariana Grande. His legions of followers means that Ronaldo can command around $1 million (€842,000 / £754,000) for a sponsored post – but as much as the platform can inflate the Juventus star’s bank balance, it seems that it does incur further costs elsewhere.

A study conducted as part of an investigation by Channel 4’s “Dispatches” current affairs program determined that a single image released online by Ronaldo is viewed hundreds of millions of times, and the impact of it can be seen on the national grid.

An average Instagram post by footballer Cristiano Ronaldo uses as much energy as 10 houses do in a year.#Dispatches takes a look at the environmental cost of social media, and asks: Are your posts killing the planet? pic.twitter.com/gyo6oxqKWq

“[It] depends on various parameters like the size of the photograph, the distance it travels over the internet and where it is hosted,” Dr. Rabih Bashroush of the University of East London told the show.

“The further that image travels the more energy it consumes. So, the best example is Cristiano Ronaldo, the Portuguese footballer. He’s got around 240 million followers.

“Every time Cristiano Ronaldo posts an image, let’s say an average one, for that image to travel to his 240 million followers, it consumes roughly around 36 megawatt hours. That’s the equivalent of adding 10 UK households to the grid for one year.

It was reported last year that Ronaldo commands more money annually via his Instagram account than he does playing for Juventus, with his earnings estimated to be around $50 million (£37.7 million / €42 million) – a sum which far outstrips his Juve salary of $34 million (£25.6 / €28.6 million).

Ronaldo’s reach on Instagram far outweighs those of his footballing rivals. Lionel Messi reportedly earned less than half of Ronaldo’s annual tally in 2019.

“Ronaldo is the most followed human on Instagram so companies are paying almost $1 million for posts to access his insane reach,” Hopper HQ marketing executive Nicola Cronin revealed last year.

“Due to his status as a celebrity and football star, his earnings from Instagram break away from typical influencer partnerships, as many of his promotional posts will be part of wider sponsorship deals, such as Nike.” 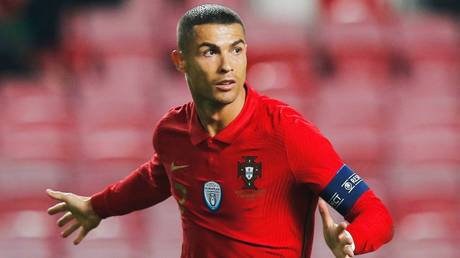