Ex-England striker Wayne Rooney says the UEFA Champions League final has the potential for goals, and believes Paris Saint-Germain have the speed and firepower to defeat Bayern Munich in Sunday’s showpiece finale.

Bayern defeated Lyon 3-0 in the semi-finals of the tournament in a match that saw the French side spurn a host of early opportunities.

But Rooney says the PSG strikeforce of Neymar, Kylian Mbappe and Angel Di Maria won’t be so wasteful in front of goal if presented with similar chances in Sunday’s final.

“Bayern have the advantage that most of their starting line-up have played in the Champions League final before. But I have a feeling for PSG,” Rooney wrote in his column for the Sunday Times.

“It will be a shoot-out and I think with Neymar, Mbappe and Di Maria, PSG will exploit the high line that Bayern play. They will get chances and take them.

“I have no doubt that pressure will create chances for Bayern but PSG are good enough in possession to deal with it and once they play through it there will be opportunities for their attackers.”

Neymar always attracts the lion’s share of the attention ahead of PSG’s big matches, while Mbappe’s form means he will present a real danger.

But Rooney says the third member of PSG’s strikeforce is the man who could make the crucial difference on the night.

“He works tirelessly on the pitch and his delivery, vision and awareness is brilliant.” 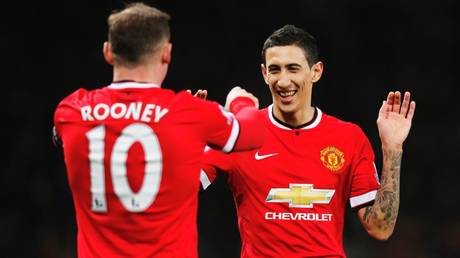