‘He‘s a man who gets things done’: Chelsea’s Lampard speaks out on ‘ambitious, rich, RUTHLESS’ Abramovich and sidekick Granovskaia

‘He‘s a man who gets things done’: Chelsea’s Lampard speaks out on ‘ambitious, rich, RUTHLESS’ Abramovich and sidekick Granovskaia

Chelsea boss Frank Lampard has revealed his relationship with Roman Abramovich is not “close, close” ahead of the Russian’s 1,000th game as owner, describing how club business guru Marina Granovskaia instigated his appointment.

More than 17 years after Abramovich took charge at Chelsea, Lampard has faced questions about the seismic impact of the billionaire who transformed a club he took over when the current coach was making his name as one of the Premier League’s finest midfielders.

As multi-million dollar deals became a regular occurrence with Abramovich’s hefty backing, Lampard was one of the few players who was already at the club to show staying power as he helped the club sweep to the most successful spell in its history under the new hierarchy.

“My first memory of Roman in the flesh was him flying into our old training ground near Heathrow and holding a meeting with us as the helicopter was calming itself down,” Lampard told an Athletic interview with England legend Alan Shearer, who described Abramovich as a “secretive oligarch”.

Roman Abramovich’s 1000th game as Chelsea owner will be a home game against Spurs, who are managed by Jose Mourinho.

And Chelsea will be managed by Frank Lampard.

You literally can’t make this stuff up. pic.twitter.com/2pXUaZ6hQP

Abramovich has built a long-lasting dynasty at Chelsea. It’s poetic that his 1000th game will be against Jose Mourinho, the manager under whom Chelsea’s dominance began in 2004.

Our game this weekend is a very special landmark – the 1000th game since Roman Abramovich became Chelsea owner. So far, our record is:

Long may his ownership continue 💙 pic.twitter.com/EcNNHpuWWr

“It was quite surreal. The first thing he said, through a translator, was, ‘Well, we need to improve the training ground’.

“Straight away, you think, ‘OK, standards are instantly going to go through the roof, and they did. We signed big players in the first year.

“There was an element of fear among us younger players in terms of what it meant. A few of us managed to stay in the game and all levels rose around us.

“It’s been the most successful patch in the club’s history and we couldn’t have done any of it — consistently winning trophies, new training ground, building the squad, the capital put into the club, turning us into a world brand — without the owner.”

When Chelsea approached Championship side Derby for Lampard’s services as manager in 2019, Abramovich’s most important partner at the club, director Marina Granovskaia, made the call.

“It was Marina who contacted Derby and then myself to make that happen,” explained the rookie coach. “I saw Roman on pre-season last year and it was big smiles – not cuddles, but welcomes and handshakes.

“From then, I haven’t had a close, close relationship with him. I report back my thoughts on games, on where I see us moving forward consistently, through Marina. I’m very happy with that.

“I would say the relationship is close without being practically close day-to-day or week-to-week.”

After guiding Chelsea back to the Champions League in his first campaign in charge, Lampard was thought to have been under increasing pressure at the start of this season after Abramovich outbid the club’s rivals to secure the likes of $100 million midfielder Kai Havertz and $60 million countryman Timo Werner.

An unconvincing start has given way to an impressive run including six consecutive wins in all competitions, helping Chelsea to challenge at the top of the Premier League and qualify for the Champions League knockout stage with two matches to spare.

Lampard repeated his description of Abramovich as providing strong support from afar, calling their communications with each other “very straight” and “very cut-and-dried”.

“If I’m commenting on how we’re playing or performing, I don’t beat around the bush,” he said.

“Whether good or bad, I think that’s the right policy with a man of that level. He’s a man who gets things done; you don’t get to his position without that. He is an ambitious, rich, ruthless and successful owner.

“In terms of his level of involvement, he was very visible at the training ground in the early years and occasionally after games and now obviously that’s changed.

“That’s maybe natural in how his life has moved as well as the club, and we know there are different reasons behind that.”

Abramovich’s 1,000th game is the visit of Tottenham and their manager Jose Mourinho, who was swiftly installed at Chelsea following the takeover and proved instrumental in establishing the club as a major force in England.

While Spurs chairman Daniel Levy was embroiled in a public relationships disaster after his club initially used a government furlough scheme for staff at the start of the pandemic, Abramovich was widely praised for continuing to fully fund Chelsea as the Blues opened their Stamford Bridge stadium to NHS staff and encouraged players to join charitable initatives.

“I was so proud to be at the club when COVID hit,” said Lampard. “Our reaction was fantastic in terms of not furloughing our staff, in giving the Stamford Bridge hotel to NHS workers very quickly.

“I know other clubs did similar stuff, but Chelsea showed a lot of heart.” 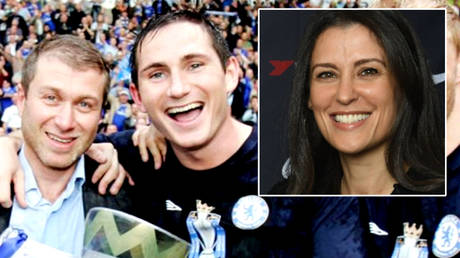