Chelsea have made Leicester left-back their latest signing in a £50 million deal for the England defender, while targets Thiago Silva, Kai Havertz and Malang Sarr are reportedly about to follow suit as the club continues to spend.

Chilwell had spent 11 years at the King Power Stadium, where he made his England debut against Switzerland in September 2018 in the first of 11 international appearances alongside 99 for his first senior club.

The 23-year-old had been on Chelsea’s radar for months and the arrival of defenders of his quality became pressing during a first season for Frank Lampard at the helm in which the Blues shipped 54 goals – four more than any other team in the Premier League top ten.

“We are very pleased to have completed our third addition to our exciting squad for the coming season,” said Director Marina Granovskaia, reflecting on the arrivals of Chilwell for £50 million ($65 million), attacking midfielder Hakim Ziyech and striker Timo Werner.

“Ben brings plenty of top-level experience playing in the Premier League, Champions League and at international level, despite his young age.

“We are confident Ben will adapt very quickly to being a Chelsea player and with the fixture programme for 2020/21 especially busy, he is a fantastic addition to the squad needed to challenge for honours.”

Granovskaia’s words alluded to the pressure Lampard faces to win trophies in the new season that starts on September 14, by which time veteran Brazil center-back Thiago Silva, Germany playmaker Kai Havertz and young French defender Malang Sarr will also have arrived at Stamford Bridge, according to transfer expert Fabrizio Romano.

Granovskaia has been involved in lengthy negotiations with Bayer Leverkusen over a $117 million deal for Bundesliga star Havertz, while 35-year-old Thiago is a free agent following his release from Champions League finalists Paris Saint-Germain.

France Under-21 center-back Sarr, who is without a club after leaving Lique 1 side Nice, will reportedly sign a contract until 2025 before being loaned out to continue his development. 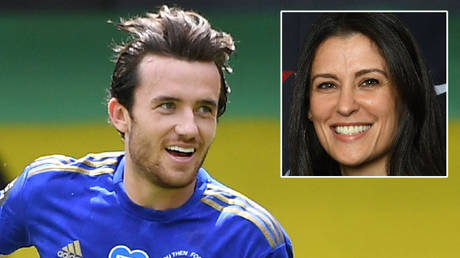