Brazilian UFC contender Amanda Ribas may be on a hot streak but she says she will not take the challenge of Paige VanZant lightly when the pair clash at UFC 251 on the fabled ‘Fight Island’ in Abu Dhabi later in July.

Ribas and VanZant have the honor of opening the stacked main card on Yas Island on July 11 when they throw down in a flyweight bout.

Ribas, 26, heads into the fight with considerable momentum, having won all three of her UFC contests since making her debut in the promotion last July.

In contrast VanZant, also 26, has been sidelined with injury since defeating Rachael Ostovich in January of last year, one of just two fights she’s had since the end of 2016.

Like Ribas, VanZant began her UFC career with a hat-trick of wins, before sliding to three defeats from her last five outings.

Ribas and VanZant were originally scheduled to meet in March, but the latter was again forced to pull out due to injury.

That bout was planned at strawweight, although when the pair finally step into the octagon in Abu Dhabi it will be at 125lbs – which Ribas says is not an issue.

“I would have fought Paige VanZant at strawweight, but I’m not sure why the UFC made me an offer at flyweight,” Ribas told MMA Junkie.

“I accepted. It’s not my usual weight class, but I’d like to test myself. I’d like to see how I would do by moving up in weight. I don’t enjoy getting too comfortable. I like to challenge myself.”

Ribas is firmly on the up after victories over Eimily Whitmire, Randa Markos and Mackenzie Dern, but for VanZant it is very much a different story heading into the last fight on her current UFC deal.

The American has already said she is willing to test the waters elsewhere to see what she is worth, having already established herself as one of the most recognizable faces in the women’s fight game through her modelling work and appearances on TV show ‘Dancing With the Stars’.

Despite VanZant’s fame outside the octagon, Ribas said she would not underestimate her threat inside it.

“I think her fame isn’t for no reason. She scored a beautiful switch-kick knockout (against Bec Rawlings in 2016),” Ribas said.

“She also has wins by submission. Her fights are always very fast-paced. I have to be very careful against her. Her last bout was in early 2019, but I don’t think that would be a problem for her.”

“I waited for three years for my UFC debut, and I was able to score a win in my debut despite all the pressure. I think I had a great debut. I’m getting ready for the best possible version of Paige. If she happens to be rusty, all the better for me.”

Meanwhile, preparations for the venue where the pair meet are in full swing, as proudly showcased by UFC boss Dana White this week.

White’s Fight Island dream is finally coming to fruition, having been planned from the onset of the Covid-19 pandemic primarily to provide a place for fighters based outside the US to compete.

The staked UFC 251 card on July 11 is headlined by the welterweight title fight between Kamaru Usman and Gilbert Burns, with a featherweight title clash between Alexander Volkanovski and Max Holloway serving as the co-main event, and a showdown for bantamweight gold between Petr Yan and Jose Aldo also on the listings. 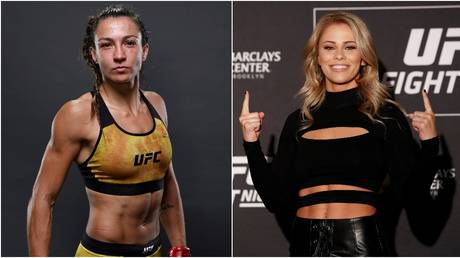