‘He was tired and let himself die’: Diego Maradona’s manager says football icon ‘no longer wanted to live’

‘He was tired and let himself die’: Diego Maradona’s manager says football icon ‘no longer wanted to live’

Diego Maradona’s manager and friend Stefano Ceci has commented on the football legend’s sudden passing, saying that the Argentinian icon “was tired and didn’t want to live anymore.”

Ceci, who worked with Maradona for many years, revealed that despite his global popularity the football star was very lonely and fragile, and “never had real peace.”

“Diego was always alone: people only ever thought about Maradona. Diego stopped being Diego when he turned 17. He was very difficult to deal with as a person, because he was fragile, full of insecurities, humble and good-natured. I have 20 years of wonderful memories,” Ceci said.

“Recently he was letting himself go, physically and mentally. I think he was tired and let himself die, he no longer really wanted to live,” he added.

The football manager stated that constant family scandals only further exhausted him with his parents being the only people who truly loved him.

“The family chaos that surrounded Diego meant he never had real peace. Even now that he’s dead, they are still tearing each other’s hair out. At least now he can be with those he loved the most, his mother and father. Now Diego is in peace,” Ceci said.

Maradona died on Wednesday after suffering a heart attack at his home on the outskirts of Buenos Aires. He was buried next to his parents in a private ceremony attended by only two dozen people. 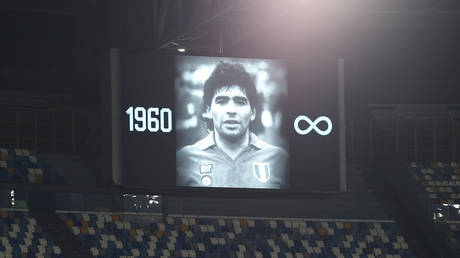