‘He touched the ENTIRE Turkish team’: Fans hit out as Croatia star Vida is hauled off at half-time over positive Covid test

‘He touched the ENTIRE Turkish team’: Fans hit out as Croatia star Vida is hauled off at half-time over positive Covid test

Shocked fans have blasted the latest dubious round of international football fixtures as pointless and greedy after another coronavirus fiasco, resulting in Croatia’s Domagoj Vida playing 45 minutes against Turkey with Covid-19.

Croatia were taking part in an essentially meaningless match in Turkey as part of the latest round of exhaustive international friendlies, which have seen players travel thousands of miles for non-competitive games in the middle of domestic seasons that have already been forced into hectic scheduling as a result of the pandemic.

Captain Vida posed arm-in-arm with Real Madrid midfielder and former Ballon d’Or winner Luka Modric on the pitch, touched members of the Turkey team and completed 45 minutes before learning that he may have tested positive for Covid-19.

An official statement by the Croatian Football Federation revealed that medical staff had only been tipped off about Vida’s “suspicious” result during the interval in Istanbul.

Croatia’s defender Domagoj Vida started yesterday against Turkey, played the first 45 minutes and was subbed off at half-time…

Guess why? He received his COVID-19 result at half-time and it came back positive. 🤯😲 pic.twitter.com/MksWpJO7y9

He literally touched the entire turkish team before the game pic.twitter.com/zkkcd4R92p

The most ridiculous round of international friendlies in history.I hope the clubs refuse to release the players for the next round.

The Besiktas regular had already been substituted in an attempt to keep him fresh for Croatia’s pair of upcoming Nations League fixtures in Sweden and at home to Portugal, allowing staff to retest the 31-year-old and isolate him until his positive result was confirmed.

The test, which was conducted for the trip to Sweden on Saturday, had been carried out on the morning of the game with Turkey, and the full result was not known until after midnight local time.

Modric was still introduced as a second half substitute despite his pre-match embrace with Vida, which World Cup finalist Vida shared with his following of more than 330,000 on Instagram.

“It is not easy for the players,” Croatia coach Zlatko Dalic diplomatically reflected on the challenges of fielding teams during the crisis. “We have a lot of tired players and a lot of problems.”

Fans were less forgiving of fixtures that have often been regarded as unneccessary in past years, let alone during a pandemic when international travel is ill-advised and clubs are on high alert over the risks to players’ health.

“This is the exact reason why international football should be postponed immediately,” said one, while another added: “The most ridiculous round of international friendlies in history.

“I hope the clubs refuse to release the players for the next round.”

Others argued that associations were unwilling to risk lucrative broadcasting deals and potential Nations League prize money by questioning the need for the matches.

The shambles is the latest in a string of farcical incidents that have taken place since football returned during the pandemic.

Last month, starlets in a youth international between England and Scotland did not return to the pitch for the second half after Scotland head coach Billy Stark discovered that he had tested positive at half-time, forcing him to isolate for ten days.

We’ve been telling you for AGES that international friendlies during a pandemic are pointless & this proves what every fan has been saying.

Cancel these stupid internationals
We had a long day already

Earlier this month, Premier League striker Aaron Connolly missed Ireland’s crucial Euro 2020 play-off against Slovakia after he unwittingly moved seats on a flight, making him a close contact of a staff member who was later found to have returned a false positive test.

While Vida had the fortune of a friendly being arranged at the stadium where he usually plays with his club side, other leading players around Europe have had to make epic journeys to represent their nations.

Barcelona all-time top scorer Lionel Messi is understood to have invited his Argentina teammates, including Cristiano Ronaldo’s striker partner at Juventus, Paulo Dybala, to share his $9 million private jet to fly to South America for friendlies and World Cup Qualifiers.

Hungary boss Marco Rossi has admitted to feeling furious with himself after testing positive for Covid-19, meaning he will miss the most important match of his reign tonight when his side hosts Iceland in a one-off play-off final to decide who will qualify for Euro 2020.

That tournament has already been postponed by a year, with organizers insisting last week that they have no plans yet to change the 12-country format of the finals.

This is the exact reason why international football should be postponed indefinitely.

Manchester United boss Ole Gunnar Solskjaer was uncharacteristically furious after his team played a Champions League match in Istanbul on Wednesday night before featuring in the early TV fixture away to Everton little more than 48 hours later.

His Liverpool counterpart, Jurgen Klopp, also accused the Premier League of a “lack of leadership”, pointing to a similar situation in which some of his players had been returning from South America and warned that more players would sustain injuries ahead of Euro 2020 unless more breaks were included in the schedule.

“If there were a players’ union, we would not play a Nations League or a Spanish Super Cup in Saudi Arabia,” the Germany international told a podcast.

“These competitions try to absorb everything financially and squeeze the players physically.

@ToniKroos is right and many other managers said the same thing over and over again, but nobody listens.

People who write and decide the schedule of matches should think about this topic.

People wondering why there is so many injuries, it’s simple.
Too many games, impossible to recover, when you know that this year is a weird one(Covid). No proper time off, (personally I had only 8 days off) no proper pre-season and than the crazy schedule!!

“I am a big fan of leaving things as they are when they are going well. The leagues are already hugely demanding along with the Champions League, the World Cup and so on.”

Croatia and Zenit St. Petersburg veteran Dejan Lovren agreed with Kroos. “Many managers said the same thing over and over again, but nobody listens,” he added.

“People wondering why there is so many injuries, it’s simple. There are too many games and it’s impossible to recover, when you know that this year is a weird one [due to] Covid.

“No proper time off – personally I had only eight days – no proper pre-season and then the crazy schedule.” 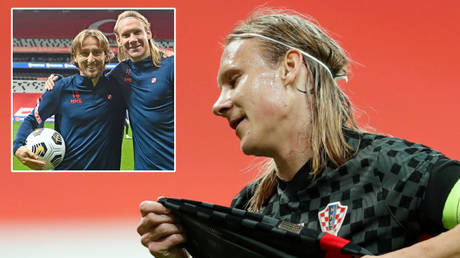