‘He thought the election was bad…’: Leeds United troll Trump after US president’s Twitter blunder

‘He thought the election was bad…’: Leeds United troll Trump after US president’s Twitter blunder

Premier League side Leeds United have taken a cheeky shot at the most powerful man in the world after Donald Trump bizarrely tagged one of the club’s fans in a blustering tweet complaining about Fox News’ coverage of him.

Trump’s mile-a-minute Twitter feed has been known to produce a few gems over the years but his latest 280-character polemic most likely had some readers spitting out their morning covfefe.

As part of his ongoing war of words with what he perceives as Fox News ‘unfair’ coverage of the recent presidential election in the United States, Trump tagged an account operated by Leeds fan Alfred Newman – who at the time boasted just 132 followers.

It is speculated that Trump’s errant tweet was intended to reference another Alfred Newman entirely; the one who is credited with composing the famous Twentieth Century Fox fanfare, and who died in 1970.

Whatever the truth to Trump’s grievance, Leeds United certainly weren’t having the 45th president targeting one of their and they swiftly hit back with a twitter bomb of their own.

He thought the election was bad, then he went after an #LUFC fan 🤦‍♂️ https://t.co/BkgDNsDLnt pic.twitter.com/TSTNL2jKaM

“He thought the election was bad, then he went after an #LUFC fan,” the tweet issued by the club reads.

Several other supporters soon jumped in on the fun, with one remarking of Trump: “That’s it, he’s overstepped the mark this time!“

“In all fairness some of our fans are idiots,” he wrote. 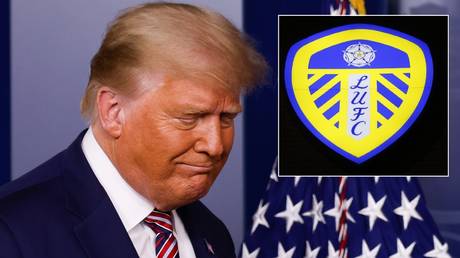