‘He can thrive in our system’: Manchester City complete signing of Portuguese defender Ruben Dias (VIDEO)

‘He can thrive in our system’: Manchester City complete signing of Portuguese defender Ruben Dias (VIDEO)

Manchester City have moved to strengthen their defensive unit with the signing of Benfica’s Ruben Dias as they attempt to overhaul last season’s champions Liverpool in the 2020/21 Premier League title race.

City confirmed Dias’ arrival on a six-year contract from the Portuguese giants as they attempt to stop their defensive rot following a 5-2 home defeat by Leicester City at the weekend.

City have conceded six goals in their first two Premier League games. Their porous defensive start to the season followed the club’s disappointing defensive performance last season, where they conceded 35 goals, their worst tally in the last three years.

City’s director of football Txiki Begiristain described Dias as “A player we have admired for some time and we have been impressed with how he has progressed at Benfica. He has developed into a real leader and as a defender, he has all the attributes we are looking for.

“He is strong in the air, good in one-v-one situations and technically he is very good, so we are confident he can thrive in our system.”

“City are a top club and for me to have the opportunity to be in a club like this, in this league, is everything I could ever have wanted.”

Dias added, “To have the opportunity to join a club like Manchester City is a fantastic opportunity for me and one I couldn’t turn down.

“It is really exciting to be part of such a talented squad and to play for a world-class manager like Pep Guardiola, who has a proven track record of developing young players like myself.” 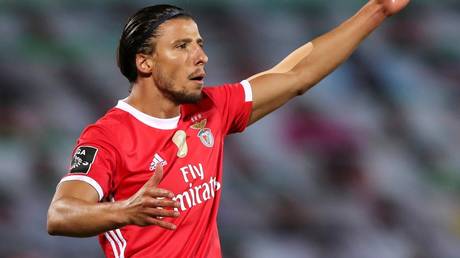 'It's been extremely tou...

'Khabib will never fight him&...