Close
Trending News
HomeSport‘He broke a lot of people’: Ex-MLB pitcher found dead from self-shooting after being sought over death of ex-girlfriend

‘He broke a lot of people’: Ex-MLB pitcher found dead from self-shooting after being sought over death of ex-girlfriend

‘He broke a lot of people’: Ex-MLB pitcher found dead from self-shooting after being sought over death of ex-girlfriend

Former MLB pitcher Charlie Haeger has been found dead from a self-inflicted gunshot by the Grand Canyon – less than 24 hours after police launched a manhunt for him following the shooting of his ex-girlfriend in her bedroom.

Authorities announced that Haeger’s body had been discovered within hours of the 37-year-old reportedly emerging from the bedroom of Danielle Breed, a 34-year-old bar owner and his former flame, with a handgun.

Scottside police said that Breed had been found dead in her home after her roommate had desperately tried to summon help.

“Haeger then pointed the handgun at the roommate,” said Sergeant Ben Hoster.

TRAGIC: Loved ones ID murder victim as 34yo Danielle Long. They say she broke up w/ the suspect months ago. I’m told she wanted to get a restraining order. Scottsdale PD says former MLB player Charles Haeger shot & killed her last night in her home. Live at 5. #fox10phoenix https://t.co/A7xrKrcikY pic.twitter.com/aMs4sIb1Lj

“The roommate quickly escaped out of the back of the residence and he was able to get a neighbor to call 911.”

Breed broke up with the former Chicago White Sox, San Diego Padres and Los Angeles Dodgers player “months ago” and had been attempting to secure a restraining order against him, according to Fox 10 Phoenix reporter Justin Lum.

Haeger’s vehicle was found in northern Arizona, 118 miles from Scottsdale, after Breed’s mother, Jane Long, pleaded for him to speak to police.

“I want him to turn himself in,” Long told Fox. “He broke a lot of people.

“He shattered a lot of people today and he knows that. He knows how close our family was.

Long traveled to Africa last year on a church mission. Her family says she had such a big heart. She was also a owned a bar in Scottsdale. #fox10phoenix pic.twitter.com/MAABDSpGKk

Here is a more recent photo of Danielle Long and Charles Haeger together earlier this year, provided by her family. If you recognize him, call 911 & contact @ScottsdalePD. #fox10phoenix pic.twitter.com/oWK5jqXVbj

“He used to come to the family gatherings, and we’re talking about having 30 people 40 people every month.”

Haeger had been considered armed and dangerous by police during their manhunt for him.

Warm tributes to Breed recalled how she had volunteered for her church by working with children in Africa and held hopes of doing so again next year.

“He was calling here and asking to, you know, get back together,” said Long. 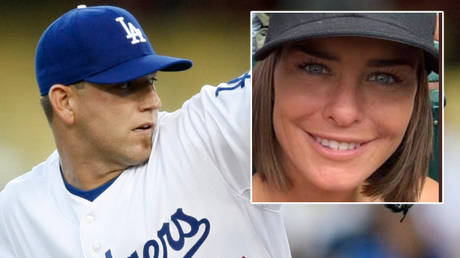