Rivers answered questions during an Instagram Live broadcast from inside the Disney World bubble, some of which were related to the famous player.

When asked whether he had seen the NBA star around, Rivers pointed his camera at a three-story building, claiming it has been occupied by the Lakers veteran.

LeBron’s crib in the bubble is HUGE.

My guy @AustinRivers25 had jokes on our IG live today. 😂 pic.twitter.com/pZZcNpge1G

Rivers’ remarks over LeBron’s alleged luxurious residence were treated as a joke aimed at the special treatment the player has supposedly been receiving.

The NBA, which is aiming to resume the season on July 30 after being suspended since March 11, confirmed on Monday that two players at Disney World had tested positive for the coronavirus since arriving in Florida.

So far, many players have complained about the facilities and service provided inside the Disney bubble. 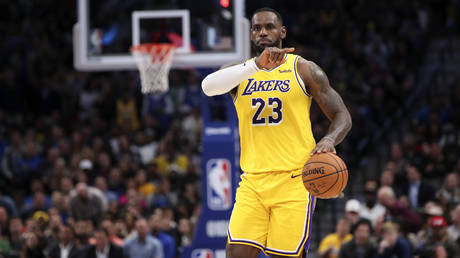