Serie A side Atalanta went goal crazy once again as they thrashed Brescia 6-2 on Tuesday night to surge into second place in the Italian top flight and close in on a remarkable goalscoring milestone.

The side, which has been one of the biggest success stories of European football in this pandemic-hit season, hammered relegation candidates Brescia with Croatian midfielder Mario Pasalic hitting a hat-trick in the Bergamo side’s latest goal-laden win.

Pasalic’s treble was joined by three more strikes from Marten de Roon, Ruslan Malinovsky and Duvan Zapata as Atalanta registered their sixth Serie A victory by four or more goals during the 2019/20 Serie A campaign.

Atalanta have now scored 93 Serie A goals this season.

The Nerazzurri’s stunning form in front of goal means the side sits on 93 league goals for the season and, with five games still to play, the club needs just seven more strikes to become the first team to hit 100 goals in a Serie A season since 1951.

But, even more important than the record books is the prospect of the side securing UEFA Champions League qualification for next season, where their potent strikeforce could strike fear into the hearts of Europe’s best defenses.

The biggest challenge for the club, however, may lie at the end of the 2019/20 season, when other teams may come calling for the services of some of the stars who fired them to their remarkable goalscoring season. 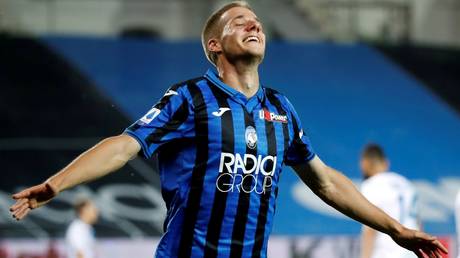