The Ghanaian sports world is in mourning today following the deaths of eight young football players in a tragic accident on Saturday after a bus plunged into the the Offinso river.

Six players were killed instantly following the accident, with a further two reportedly losing their lives shortly afterwards in hospital after the driver of a bus containing the young team of aspiring footballers lost control of the vehicle. The ages of the players are understood to be between 12 and 16.

The bodies of several of the players, said to be from the Africa Vision Soccer Academy, were retrieved by the emergency services with the help of people from local towns who rushed to the area to assist in the situation.

The team play in the Colts League – the youth league in Ghanian football – and the purpose of their journey remains unclear, with conflicting reports suggesting that they were returning from a football competition and others saying that they were travelling to the regional FA in Kumasi where they intended to register the team for the upcoming season.

Reports from local media state that there are a further four players in critically ill condition, while another 24 youngsters are receiving treatment for their injuries at the Komfo Anokye Hospital. It was reported that there were 36 passengers on board.

Sad hearing the passing of eight juvenile football players yesterday at Offinso. My thoughts are with the family of the departed and the victims. May their souls Rest In Peace 🙏

This is African Vision FC who have lost eight of its players in a ghastly bus accident in Ghana.

“The leadership of the Ghana Football Association (GFA), and the National Juvenile Committee (NJC) have learnt of the passing of six juvenile football players on Saturday, September 18, 2020 at Offinso, near Kumasi in the Ashanti Region,” the Ghana Football Association said in a statement released before the deaths of two further players were announced.

“The GFA wishes to express our deepest condolences to the family of the six young footballers who passed away after the car they were traveling on submerged. We are informed that the players and their handlers were headed to Afrancho having undergone their District Colts football registration exercise at Offinso.

“The GFA and the NJC have dispatched a team to the Komfo Anokye Teaching Hospital in Kumasi to visit the accident victims.”

Edmund Nyamekye, Divisional Commander for the Offinso Motor Traffic and Transport Department of the Ghana Police Service, told local media that the incident was likely the result of the bus breaking the speed limit – with other media sources suggesting that the bus may have experienced a blown tyre.

“Upon reaching the spot at River Offin, as a result of speeding, the driver lost control of the steering wheel, veered off the road and entered into the river,” Nyamekye said.

“Six of the passengers between the ages of 12 and 16 died on the spot. 30 others sustained injuries. They were sent to the St. Patrick hospital for treatment.” 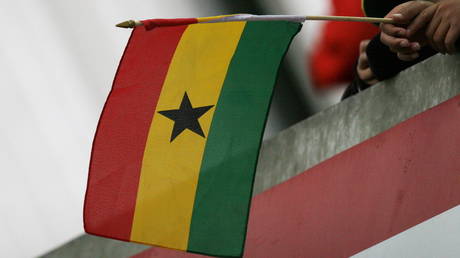