Manchester City’s Foden, 20, and Manchester United’s Greenwood, 19, were expelled from the national squad three weeks ago after images appeared online that suggested that they had invited women into the team hotel in a clear breach of COVID-19 protocols. Both men had won their debut England caps earlier that same day.

The two subsequently missed England’s following game against Denmark but it appears that their international careers remain on ice, temporarily at least, after both were omitted from Southgate’s squad for the upcoming Wembley triple-header against Wales, Belgium and Denmark.

Manchester United defender Harry Maguire, meanwhile, returns to the fold after he was not considered for selection by Southgate for the previous two games owing to his late-night arrest on the Greek island of Mykonos in August. He was subsequently found guilty of assault by a Greek court but is appealing the decision in an attempt to clear his name.

Here is your #ThreeLions squad for this month’s triple-header! 👀

The omission of Foden and Greenwood, whose birthday it is today, will be a blow to both players, as well as the England squad as a whole.

Both youngsters have impressed so far this season, with Foden seeing increased time in Pep Guardiola’s Manchester City midfield in the absence of club legend David Silva.

Greenwood has also signaled himself as a serious talent after breaking into Ole Gunnar Solskjaer’s first team towards the end of last season.

With the Manchester pair not considered for selection by Southgate, it has left opportunities for several other players in the youthful 30-man squad.

Arsenal’s Bukayo Saka is included after enjoying a bright start to the new campaign under Mikel Arteta. Leicester City’s Harvey Barnes and Everton’s Dominic Calvert-Lewin are also in line to win their first international caps.

However, the absence of both Foden and Greenwood is a clear sign from Southgate that he is attempting to instill a measure of discipline into his charges and, as evidenced by Maguire’s non-involvement last month, no player has too big a profile to be excused from off-the-field transgressions. 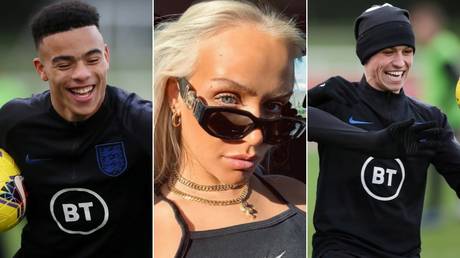 PS Plus October: You can get TWO f...