From skating to the silver screen: Olympic champ Zagitova (and her dog Masaru) to appear in Russian movie

From skating to the silver screen: Olympic champ Zagitova (and her dog Masaru) to appear in Russian movie

The 18-year-old, who put her competitive career on hold last year, has been leading an active life away from sport, developing cooperative projects with her sponsors and trying out different roles in various exhibition shows.

Filmmaking could be one of the options she may take after retirement; Zagitova has made her cinema debut appearing in a cameo role in a Russian movie ‘Palma’ together with her akita-anu dog Masaru.

The movie’s scenario centers around the story of a dog who was left in a Russian airport and devotedly waited for its master, meeting all arriving planes in hope.

“Japanese producers liked our scenario. We have different mentalities, but this story is about humanity in general. Alina is extremely popular in Japan, she will emerge in the movie together with her dog Masaru,” said the movie’s director Alexander Domogarov Jr.

Some of the scenes were shot in Japanese province Akita, in close cooperation with local partners.

Zagitova, who hasn’t competed since last December, is expected to participate in the pre-season Test Skate in Moscow, where she will present her new programs. 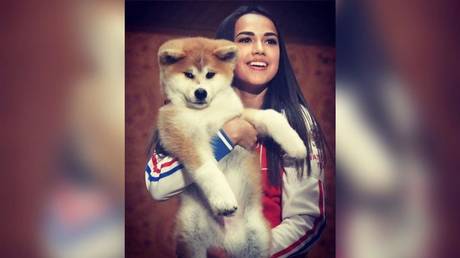