A women’s doubles match at the French Open is reportedly suspected of alleged match fixing after multiple bookmakers flagged unusual betting patterns during one of the games.

Per German outlet WELT, the match in question was the opening-round clash between Andreea Mitu and Patricia Maria Tig of Romania against the United States’ Madison Brengle and Russia’s Yana Sizikova on September 30, and it’s alleged one of the players is suspected of being involved in the fraud.

It’s estimated several hundred thousand euros in bets were placed with multiple providers for Sizikova’s serve to be broken in the fifth game of the second set.

The 25-year-old was broken to love in the game, serving double-faults in the first and final points. She also slipped at 15-0 before failing to reach a return.

I was told by several sources that many bookmakers issued alerts for abnormal betting in Sizikova/Brengle match at Roland Garros, Set 2 Game 5, Sizikova on serve to get broken. She got broken to love. This is the video of the game (thanks to @UnArdeal for finding the video). pic.twitter.com/OPSO6hBjJj

Neither the Tennis Integrity Unit nor Sportradar – a sports data analysis company which monitors betting – were prepared to comment on the matter, but investigations are said to be ongoing.

The Romanian pair won 7-6 (8), 6-4 before making short work of Russia’s Varvara Gracheva and Italy’s Jasmine Paolini in the second round.

In January, Brazilian player Joao Souza was handed a lifetime ban from the sport and a $200,000 fine by the TIU after he was found guilty of match-fixing and corruption. 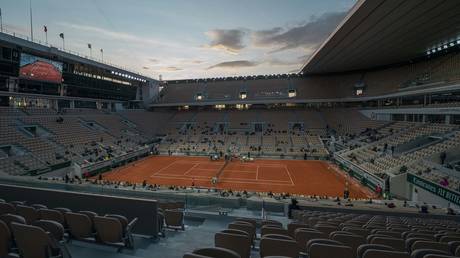