Everton’s Italian manager Carlo Ancelotti has been accused of tax fraud by the authorities in the Spanish capital Madrid.

Manager of Real Madrid over a two-year spell in the mid-2010s, Ancelotti is alleged to have failed to pay €1 million ($1.12 million) that was owed in relation to image rights over the course of the 2014-2015 season.

As the news was made public on Monday afternoon, the Madrid Community Prosecutor’s office claimed that three-time Champions League-winning boss Ancelotti lied about his earnings with the intention to “avoid his tax duties towards the public treasure with no justification.”

Ancelotti is not the only big name in the world of football to have fallen foul of the eagle-eyed Hacienda.

Slapped with a six-month prison sentence, the fact this was a non-violent crime carrying a term of under two years meant that the Brazilian could pay a fine of €507,208 for dodging €1.1 million in taxes, and therefore avoid time behind bars.

Prior to this, the likes of Lionel Messi, Cristiano Ronaldo and Javier Mascherano have also all been before the judges to explain their fiscal negligence. 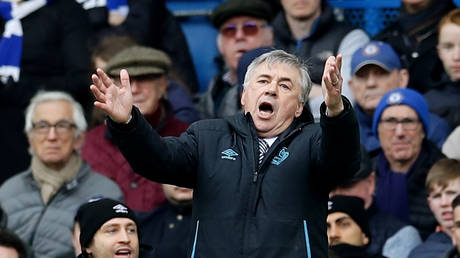