Three of the girls who photographed themselves next to Wayne Rooney have reportedly apologized to the Manchester United legend, who has paid them just £1 ($1.39) to purchase the copyright of the images, according to reports.

The snaps – which feature the scantily-clad women and Rooney, who appears to be asleep in some of the images – spread across social media on Sunday evening and by Monday morning had filled UK newspapers and websites.

Rooney’s lawyers filed a complaint with police on the same day, as the Derby County manager then went and crocked one of his few starting players at the undermanned Championship outfit, who narrowly avoided relegation last season.

As the 35-year-old went all in on Jason Knight during a “50-50” tackle in training, he injured the midfielder for up to three months and there have been reports of his job being “on a knife edge” after also criticizing the Rams hierarchy over transfer policy amid this scandal.

“How can he lead a group of young men when he cannot appear to control himself in public during a night out? This type of behavior hurts the club’s reputation,” a source allegedly commented to The Sun.

With Wednesday’s latest development, however, the all-time England top scorer might be able to put the furor to bed and concentrate on rectifying matters at Pride Park.

According to the Daily Mail, he has paid three of the girls – namely Brooke Morgan, Elise Melvin and their pal Eleanor Hoggarth – a nominal fee for copyright on the images.

The trio have reportedly apologized to Rooney, who accused them of “blackmailing” him and “volunteered to hand over all pictures” after admitting that they got “carried away” on Saturday on the boozy night out that ended in a budget Staycity hotel in Manchester.

It must be noted, however, that a fourth girl Tayler Ryan, who appears in the vast majority of the pictures, is believed to have retained copyright on her selfies meaning Rooney can take legal action against her if they are once more used by the media or on social media.

A spokesman representing Rooney confirmed that the three girls who snapped the photographs had “contacted Wayne’s lawyers and volunteered to hand over all pictures that were taken that night and the copyrights in them.”

“They have also, at their own suggestion, made a written apology to him for the events that took place and the embarrassment caused,” he added.

“These were three decent young women who went for a night out. They did not expect Wayne to end up in their company and are remorseful about how things turned out with the pictures.”

“They got carried away and did something they later regretted. They did not expect it to end up in the mainstream media after it was posted on social media and they decided to take steps to put things right.

“It would be wrong to say no money changed hands because when a contract is drawn up there must be a sum and in this case it was a nominal £1 ($1.39),” it was clarified.

“They have fulsomely apologized because they wanted to do what they saw as the right thing and draw a line under the matter.”

According to Chesire Police via the Mail, Rooney does not “wish to take the matter any further” as per his blackmail claim, with the father-of-four’s wife Colleen currently holidaying in Wales. 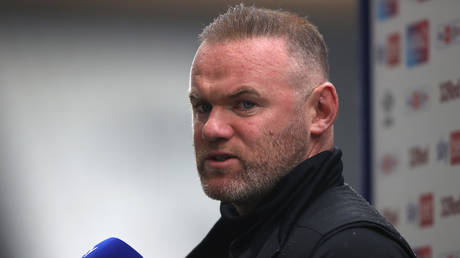 Decision to strip Assange of Ecuad...

Roman Abramovich did NOT buy Chels...