The coach of Russian-born figure skater Ekaterina Alexandrovsaya, who was found dead in Moscow at the age of 20 in a suspected suicide, has said she was being treated for epilepsy.

Alexandrovskaya died in the early hours of Saturday in the Russian capital, with preliminary investigations treating her death as suicide after she fell from a sixth-floor window, according to TASS.

The skater, who had switched allegiances to represent Australia on the international stage since 2016, reportedly left a note reading “I love (you)”.

Alexandrovskaya’s coach, Andrey Hekalo, told the Russian media that she had been being treated for epilepsy since January, which had effectively signaled the end of her skating career.

“She had a seizure. On January 10, she didn’t turn up for training. She was admitted to the hospital for examinations and was there for about 10 days to two weeks.

“She was diagnosed with epilepsy. The doctor said that it was dangerous to continue performing (skating). After that, she didn’t go out on the ice (to train).”

In an interview with TASS, Hekalo described Alexandrovskaya as an “open and cheerful girl” who “loved friends and communicating.”

“Seclusion wasn’t for her. Nothing signaled (that this would happen), all this is wrong,” he added.

The pair competed at the 2018 Winter Olympics in South Korea, finishing 18th.

On the news of his former partner’s death, Windsor penned a heartfelt tribute, saying he was “devastated to my core.”

“Words can not describe how I feel right now, I am devastated and sick to my core about the sad and sudden passing of Katia,” Windsor wrote.

“The amount we had achieved during our partnership is something I can never forget and will always hold close to my heart. This news is something you can never prepare for. Rest In Peace Katia.”

“We will miss you, kid. My condolences to the family,” the 20-year-old star wrote.

The International Figure Skating Union also shared its condolences on social media, sharing a link so that fans could find out more about Alexandrovskaya’s career.

The skating family mourns the loss of Ekaterina Alexandrovskaya (AUS). The ISU shares its heartfelt condolences with her family, friends and teammates. 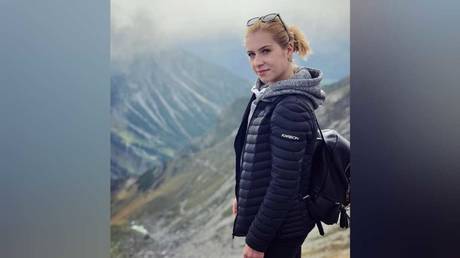