Figure skating star Evgenia Medvedeva was forced to undergo obligatory coronavirus testing after returning to Russia from Japan where she had spent several months.

The 20-year-old, who is getting ready for a new season, will need to self-quarantine for two weeks despite testing negative for Covid-19.

READ MORE: ‘I want to do it’: Russian figure skating champ Medvedeva reveals she is already training athletes ahead of future coaching career

“Now Zhenya observes self-isolation, but she plans to return on ice as soon as it is over,” said general director of the Russian figure skating federation Alexander Kogan.

Medvedeva flew to Japan in April to participate in ice show ‘Prism on Ice’ where she was set to play the lead role of Sailor Moon. As the majority of big sports events, the show was canceled due to the coronavirus pandemic which also kept Medvedeva on Japan for two months until international flights resumed.

The two-time world champion will stay in Moscow before returning to Canada where she has been training for the past two years.

The skater is planning to fight for one of three spots on the national team to be able to represent Russia at major international competitions.

Last year, she failed to do so having withdrawn from the national championship due to problems with her skates. 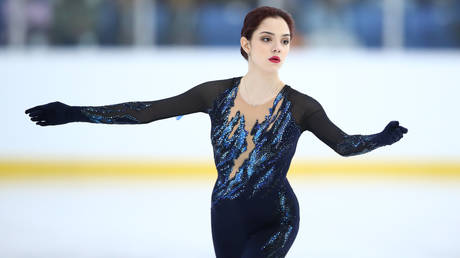